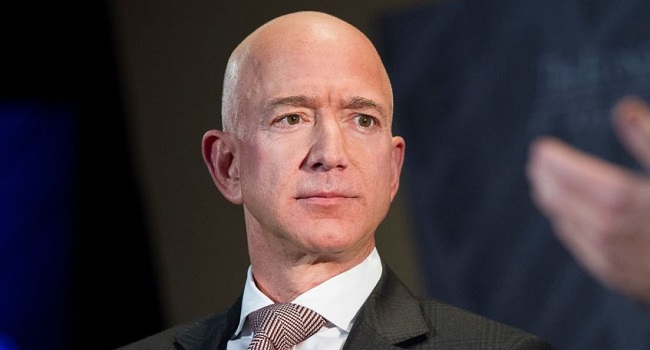 E-commerce king Amazon has launched an online pharmacy in India. The e-pharmacy, according to report, was built to serve Bangalore, the capital of India’s southern Karnataka state. Amazon, as an e-commerce group, seems determined to spread its tentacles in more categories in one of its key overseas markets. Speaking on the development, the company, on Friday, explained that its new service, called Amazon Pharmacy, has started accepting orders for both over-the-counter and prescription-based medicines in Bangalore.

On the scope of the venture, Amazon Pharmacy will sell traditional herbal medicines and some health devices such as glucose meters, nebulisers, and handheld massagers. A spokesperson from Amazon has further added that the decision to venture into the space was to help customers, who are tied at home, access common products. “This is particularly relevant in present times as it will help customers meet their essential needs while staying safe at home,” the statement from the spokesperson noted.

With the negative turn out of event orchestrated by the pandemic, a local technology specialist company, Sautech has launched a relief fund worth R25-million aimed at businesses in the tourism industry. Sautech, which is piloting the initiative, will offer free hosting services to qualifying businesses based on the tailor-made needs of each business. According to reports, the new initiative is aimed at providing technological resources and relief to businesses within the tourism sector that have been negatively impacted by the pandemic and lockdown regulations.

Going by industry review, Sautech was established in 2003, offering all standard technology services. Industry experts have lauded Sautech for growing to become a reputable company over the years, designing specific solutions or consulting for projects, infrastructures or security application implantations. The need for the fund became urgent and necessary as South Africa’s tourism industry, like the case of other countries, has taken a hard blow to their financing due to the impacts surrounding lockdown and prohibiting international visitors from our local shores.

To protect companies from data breaches, Keeper Security, has raised a $60 million growth financing round. The company, which prevents password-related data breaches and cyberthreats, said it will use the funds to accelerate its go-to-market efforts and acquire new customers globally. With the notorious effect of security breach, data breaches can be crippling for businesses. According to IBM, the global average cost of data compromise is $3.9 million.

Speaking on the vision, Keeper claims to mitigate the risk of such breaches. Although, concerns on some negative ends of the company have made the spotlight in recent years. Two years ago, the company filed a frivolous lawsuit against Ars Technica reporter Dan Goodin that Techdirt characterized as “an attempt to stifle negative press about a pretty bad flaw.” Following this, a number of security experts including Georgetown University’s Matt Blaze, Wired senior writer Andy Greenberg, and Electronic Frontier Foundation general counsel Kurt Opsahl suggested people stay away from Keeper and its products, regardless of their technical merit.

Kenyan fintech firm Kyanda has joined the list of money apps in Kenya with its new launch of a money transfer app. The app, which aims to help users make all sorts of transactions at as low a cost as possible, will allow users to make cheap and fast money transfers, purchase airtime, and pay bills, among other things. Commending the team, analysts have lauded the startup, especially being a product launched by 19-year-old founder Collins Kathuli. According to reports, the company is expected to pilot a feature that will offer the chance to invest in companies listed on the Nairobi Securities Exchange (NSE).

Speaking on the venture, founder Kathuli noted that the business was to help customers solve major financial service challenges. He said: “Our platform aims to assist all our clients and relieve them from high transaction costs incurred while accessing essential financial services.” He added: “Not only can Kyanda be used personally, but businesses such as kiosks and more established brands can also make use of our platform and save money.” Kathuli further revealed, however, that his self-funded startup has not built much of a user base yet, a fact he attributed to lack of marketing funds and the impact of COVID-19.

Tech leader Apple is reportedly looking at launching a series of bundles that will let customers subscribe to several of the company’s digital services, however, at a lower monthly price. According to press, the bundles, dubbed “Apple One” are planned to launch as early as October alongside the next iPhone line. In a public statement, Apple noted that the bundles are designed to encourage customers to subscribe to more Apple services, which will generate more recurring revenue.

The company, however, noted that basic package will include Apple Music and Apple TV+, while a more expensive variation will have those two services and the Apple Arcade gaming service. Commenting on the development and the next line of action, the company noted that the next tier will add Apple News+, followed by a pricier bundle with extra iCloud storage for files and photos. Meanwhile, analysts have noted that the initiative is a major bid by Apple to achieve the same loyalty that Amazon.com Inc. has won with its Prime programme.