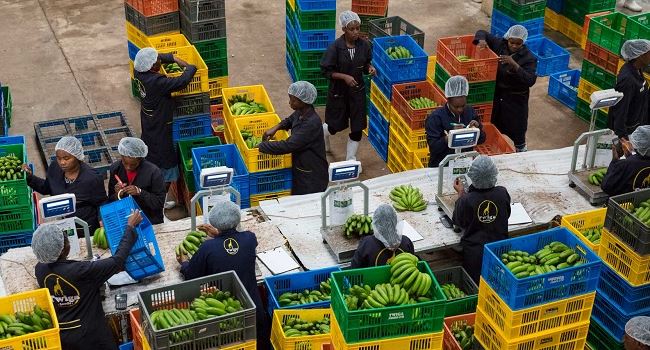 Kenyan agri-tech startup Twiga Foods has announced raising KES3.2 billion (US$29.4 million) in debt funding from the International Finance Corporation (IFC). The funding is expected to support more than 300 irrigated medium-scale contract farmers to complement Twiga’s seasonal smallholder farmer supply base. The 6 year old Twiga Foods, which is a business to business food distribution company, builds fair and reliable markets for agricultural producers and retailers through transparency, efficiency and technology. Analysts have noted that the startup is one of the best-funded on the continent, securing a US$10.3 million Series A funding round in 2017, a further US$10 million in November 2018, and US$34.75 million across two rounds in 2019.

The new raiser comes from the IFC’s Global SME Finance Facility through unfunded risk sharing facilities (RSFs) with tier 1 commercial banks, with the first phase being led by Kenya Commercial Bank. Speaking on the development, the board stated that the round would stabilise year-round fresh fruit and vegetable volumes in line with Twiga Foods’ mission of supplying readily available safe, affordable, and high-quality food to Kenya’s urban markets. Peter Njonjo, Twiga’s chief executive officer (CEO) and co-founder, said the initiative lines up strategically with the Government of Kenya’s Agricultural Sector Transformation and Growth Strategy, which aims at boosting food security in the medium term through the modernising and scaling of commercial farming for the domestic market.

In marking its five-year anniversary, Tencent’s mobile game Honor of Kings has crossed 100 million daily active users. According to press, the title has not only broken user records but also generated other unprecedented accomplishments along the way. For a while now, the game has consistently ranked among the top-grossing mobile games worldwide, reportedly jostling with PUBG Mobile made by another Tencent studio Lightspeed & Quantum. Analysts further commented that gaming has long been the cash cow for Tencent, the company better known for its WeChat messenger.

Speaking on the brain behind Honor of Kings, Tencent cited TiMi Studios, which ramped up hiring in the U.S. this year to further global expansion. The game is credited for popularizing the multiplayer online battle arena (MOBA) category in China using clever designs like short sessions, friendly controls, esports integration, and social networking leverage. Controversy has steamed amid Honor of Kings’ fervor. A state newspaper chastised it for hooking young users and misrepresenting historical events. Tencent has since tightened age verification checks for players, as new standard practice in China’s gaming industry.

EasyEquities, which is an online platform, allows anyone to purchase shares in the brands and companies, making it safe and easy to help new and existing investors sustain their investment portfolios with detailed account overviews and personalised reporting.

Speaking on the development, Kholo Magagane, Head of Marketing at MTN SA Business, noted that the MTN Business App of the Year was designed to encourage innovators to create services that benefit South Africans. He said: “Since its inception, the MTN Business App of the Year Awards has remained a highlight on the annual ICT calendar. It has unleashed apps that are now household names and provide services to millions of South Africans. They have impacted positively on virtually all aspects of life from financial services, to healthcare and education.” During the award ceremony, three top performing apps were awarded R100,000 in a new category called Best Youth App, where developers between the ages 18 and 26, can compete for the title.

Related Topics:MTNTencentTwiga Foods
Up Next