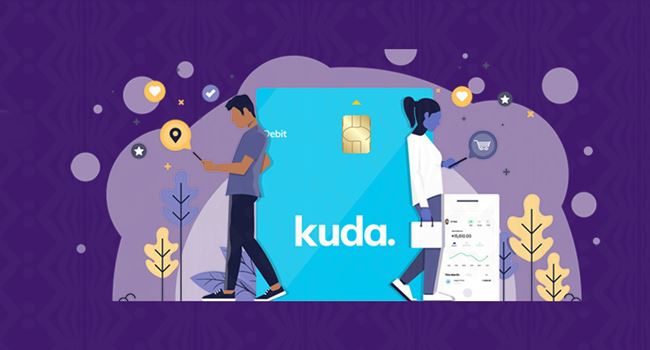 After four years operating in the fintech space, Nigerian money startup Kuda has raised a US$10 million seed funding round, an investment reportedly led by Target Global. The former lending platform revealed that the new raiser came as part of plans to accelerate its growth and keep up with customer demand. Launched in 2016, the startup is on its road to building a pan-African digital challenger bank. Recall that the bank only rebranded in June 2019 when it received a banking licence from the Central Bank of Nigeria (CBN) to launch a full service digital bank.

Experts noted that beyond being Nigeria’s first and only full-stack and mobile-first bank, its September raiser of US$1.6 million speaks volumes of its enviable traction. Today, Kuda continues to provide full banking services through its apps, allowing Nigerians to run a current account, save money, and earn annual interest. Speaking on the growth traction, industry insight further revealed that the bank currently serves over 250,000 customers and processes over US$500 million of transactions monthly.

Following a new raiser of US$1.7M, the Stellenbosch University’s tech transfer department Innovus has announced launch of five new companies, all within the last 12 months. According to the department, all five of the new startups were launched during the COVID-19 lockdown, going forward to demonstrate the social impact of a research-intensive university such as Stellebosch. In a recent release, the five companies were listed to include BioCODE, a two-in-one nanosensor which is into early detection of disease risk in patients; Phagoflux; Susento; Biotikum; and Immobazyme.

Read also: LATEST TECH NEWS: Rwanda’s Kasha secures $1m Series A round. 2 other things and a trivia you need to know today, November 10, 2020

Reviewing published pitches, Immobazyme developed a novel device that uses a microporous cellulose matrix that immobilises enzymes in vitro; Phagoflux developed a tech device to monitor health and wellness by measuring the self-cleaning activity of bodily cells; where Susento is a producer of a high-quality protein powder; while Biotikum has been celebrated for developing and produceing microbial additives for the agricultural industry. Experts noted that this development will go on to reposition the institute as four Innovus projects have already secured backing from the Technology Innovation Agency (TIA) Seed Fund.

TikTok’s parent company ByteDance, in a new filing, has prayed the federal appeals court to dismiss the United States government order forcing it to sell the app’s American arm. Recall that President Donald Trump, earlier in August, issued an order requiring ByteDance to sell TikTok’s U.S. business by Thursday, November 12. According to press, ByteDance, on Friday, November 6, asked the Committee on Foreign Investment in the United States (CFIUS) for an extension which has not yet been granted as of today, Wednesday, November 11, but the order hasn’t been granted yet.

Meanwhile, CFIUS has responded that it remained committed to “reaching a negotiated mitigation solution with CFIUS satisfying its national security concerns” and will only file a motion to stay enforcement of the divestment order “if discussions reach an impasse.” Security concerns about TikTok’s ownership by a Chinese company are still at the center of the executive order Trump signed in August, banning transactions with Beijing-headquartered ByteDance.