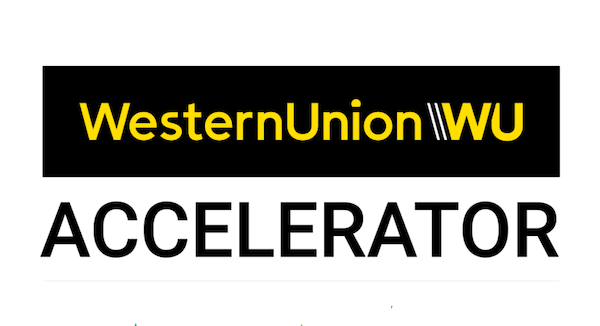 Rise, a Nigerian fintech startup, has been shortlisted to participate in the US-based Techstars & Western Union Accelerator. This shortlist will see Rise gain access to funding and mentorship opportunities with the U.S. initiative. Based out of Texas, the Techstars & Western Union Accelerator is a three-month, mentor-driven programme designed to help startups build and shape the future of how money moves. According to reports, each participating startup will receive US$120,000 in funding.

Expressing his excitement on the shortlist feat, Rise founder and chief executive officer (CEO) Eleanya Eke, noted that his platform would leverage the experience of this established global player in boosting its ability to connect to the best investments. “Being a part of the Techstars & Western Union accelerator is perfect for us because we get a chance to work with world-class mentors and leverage the experience of an established global player to really boost our ability to connect users to the best investments anywhere in the world. This gives us the platform and resources to build a world-class solution for our users,” he acknowledged.

South African company SweepSouth has announced securing a new batch of investment from fixed-interest asset management company Futuregrowth. Although the size of the fund is undisclosed, but the issuing VC firm has expressed confidence in the solution model of the South African company. Speaking on the new investment, Amrish Narrandes, Head of Unlisted Equity Transactions at Futuregrowth, confirmed that SweepSouth has enviably taken over a large segment of the informal sector, which is one of the biggest employers in South Africa, formalising it as it gives people protection and security in their working environments.

According to Amrish, SweepSouth has demonstrated to be a future forward company as it continues to operate as “an early-stage business disruptor that, instead of solving a Silicon Valley problem, is solving South African-specific problems.” For this reason, he was stated that the company had taken over a large segment of the informal sector, which is one of the biggest employers in South Africa. Further speaking on the VC’s motivation, the Amrish-led team revealed that “SweepSouth has a large addressable market in the informal sector.” And that, it is disruptive with a positive social impact on the economy.

What is the correct URL for Google’s parent company, Alphabet?

Leading electronic mailing service provider Google has launched a brand logo verification facility on its Gmail. This facility unveiling comes alongside other security features today, to include support for a new email specification that enables verified brands to display their logos in the Gmail avatar slot — regardless of who the sender’s email client or service provider is. The new feature was underpinned as another bit from Brand Indicators for Message Identification (BIMI), an emerging specification that allows companies to deploy their brand logo consistently across email clients.

According to product designers, BIMI is a broad industry effort, with a working group consisting of Twilio’s SendGrid, LinkedIn, Validity, Fastmail, Valimail, Verizon Media, and — as of last June — Google. Although, before now, BIMI had only been fully adopted by Verizon’s email clients (Yahoo and AOL), but as Gmail is one of the most widely used email clients in the world, its inclusion represents a landmark for the BIMI specification. On its use, I/T experts noted that BIMI would only work with brands that have adopted the email authentication protocol DMARC (“Domain-based Message Authentication, Reporting and Conformance”).

4. eBay to sell its Classifieds business unit to Adevinta for $9.2B

E-commerce leader eBay has, today, made public its intent to sell off its Classifieds business unit to Adevinta, in a deal marked for $9.2B. Adevinta, according to press, is a Norway-based classified ads publisher majority owned by Norwegian publisher Schibsted. Going by agreements, the $9.2 billion deal will include eBay getting $2.5 billion in cash and 540 million Adevinta shares. However, the deal will make eBay a 44% owner of Adevinta, with a 33.3% voting stake.

Commenting on business interests, Adevinta had earlier initiated bid to buy the venture for a lower value. Adevinta is in 15 countries and prior to this deal had 35 digital products and websites. Ebay meanwhile owns 12 brands in 13 countries around the world, but the business has been hard-hit by the coronavirus crisis. In the last quarter, eBay said that Classifieds brought in revenues of just $248 million, down 3% on an as-reported basis and remaining flat on a FX-Neutral basis.

Digital music service platform Spotify, Tuesday, announced the global launch of video podcasts. According to reviews, the new feature will allow users, including both free users and paid subscribers, to watch the video content from a select group of creator podcasts. However, unlike on YouTube, where only paid subscribers can listen to YouTube video content in the background while they do other things on their device, Spotify says its users will be able to seamlessly move between the video version and the audio. When multitasking, audio content will continue to play in the background, as you use other apps or even if users lock their phones.

Speaking on compatibility, the new spotify video podcasts are supported on both the desktop and mobile app. Furthermore, it was established to press that these videos would serve as an additional component, not a replacement for the audio. For creators, the launch of video podcasts represents an opportunity to grow their audience, the digital platform stated. Thinking along the line of the company’s motivation, this move into video was almost inevitable. Recall, earlier in February, Spotify acquired The Ringer to boost its podcast sports content. The deal came with a YouTube-based video operation which signaled an interest in an expanded media footprint.

Alphabet Inc. is a holding company, and parent company of Google, that gives ambitious projects the resources, freedom, and focus to make their ideas happen. It had to opt for www.abc.xyz since BMW had already owned www.alphabet.com to run its business model solution company.

Nigeria has so far evacuated 6,317 Nigerians from 21 countries over COVID-19