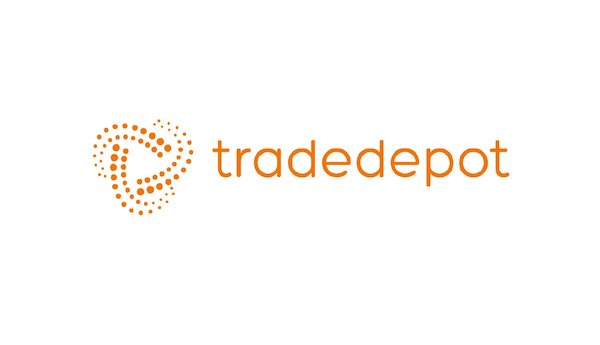 Nigerian B2B e-commerce platform TradeDepot has announced securing $10 million in a pre-Series B equity funding. With an ambition to expand into other African cities, the ecommerce platform will launch a suite of financial products and credit facilities for its retailers. The 4 year old firm, according to the company’s brochure, is an end-to-end distribution platform that aims to connect the world’s top consumer goods companies directly to African retailers.

Putting a figure to its network of workers, reports noted that the ecommerce platform has over 40,000 micro retailers across Nigeria as it rides on to build the largest retail distribution network in Africa. Speaking on the new funding, the firm revealed that the $10 million pre-Series B round was co-led by Partech, International Finance Corporation, Women Entrepreneurs Finance Initiative (We-Fi) and MSA Capital. While Partech is an existing investor who earlier featured as investor in the startup’s 2018 US$3 million Series A round, the startup is set to use the new investment to expand its frontiers.

Skydio, a leading drone startup in Redwood City, has landed $100 million. Financial sheet of the company reveals that the new raiser brings its total raise to $170 million. Skydio made the announcement while unveiling its newest set of product offerings: X2 and software solutions reportedly “designed to simplify inspections and enterprise-oriented workflows.”

Describing the X2 product, the company stated that the new design followed the October 2019 launch of the Skydio 2. Adding that the new X2 paired the company’s autonomous navigation tech with a ruggedized airframe, folding arms, a thermal camera, and up to 35 minutes of flight time. Explaining the strength of the power drones, reviews have equally listed that the X2 is equipped with six 4K navigation cameras for obstacle avoidance and a sensor payload that includes 12MP color and FLIR thermal cameras. Meanwhile, analysts have connected its impressive product line and industry marketing edge to the success recorded in the new raiser.

A leading telecommunications company has set sail to expand its business circles. According to the pan-African internet penetration company, this new expansion will see its Vodacom Business Africa thrust its footprint into the Middle East as it looks to provide connectivity to partners and clients in 12 countries in the region. Listing its new interest territories, Vodacom Business International MD, Guy Clarke, has mentioned Afghanistan, Bahrain, Iran, Iraq, Jordan, Kuwait, Lebanon, Oman, Pakistan, Qatar, Saudi Arabia and the United Arab Emirates.

READ ALSO:  LATEST TECH NEWS: Google to enter India with $10bn investment. 4 other things and a trivia you need to know today, July 13, 2020

Mukesh Ambani, the chairman of Reliance Industries, and the richest man in India, has turned the wealth table to move ahead of Tesla’s CEO and Google founders. This followed last week’s overtake of Warren Buffett to a worth of US$72.4-billion. According to emerging tech industry reports, Armani, thus, moves up to become the world’s sixth-richest person. Explaining the sudden blow, financial analysts noted that Armani’s shares in the conglomerate have more than doubled from a low in March as its digital unit got billions in investments from companies including Facebook, Silver Lake and, most recently, Qualcomm.

Reports, however, noted that Ambani’s energy empire is slowly shifting to e-commerce, with tech giants seeking to take a piece of India’s fast-growing digital business. As tech leaders jump at funding startups and companies in India, the world’s second most populous nation has been recording a spike of foreign interest in its economy. Comparing these men, analayts stated that the drop in US tech shares on Monday brought Page’s fortune to stand at $71.6-billion, while Brin’s sat at $69.4-billion and Tesla’s Musk now worthing only $68.6-billion.

On Tuesday, July 14, Bharti Airtel announced its partnership deal with Verizon to launch BlueJeans, a video-conferencing service in India. According to the partnering companies, the new deal is expected to serve business customers in the world’s second largest internet market, India. Branded Airtel BlueJeans, after launch, will offer users “enterprise-grade security” to facilitate encrypted calls with the ability to lock a meeting while supporting WebRTC.
>
> According to Airtel, the new service will improve cloud point presence in India to enable low latency, HD video and Dolby Voice. Unlike existing players, BlueJeans would accommodate up to 50,000 participants on a call. Speaking to press on the launch, Gopal Vittal, chief executive of Airtel, noted that Airtel BlueJeans is being offered to businesses at no charge for the first three months, after which the video conferencing service will be offered at a “very competitive” price.

Verizon Communications acquired AOL and Yahoo! in 2015 and 2017 respectively. It then merged both as a subsidiary codenamed Oath Inc.

Buhari sides Keyamo in battle with NASS, says 774,000 jobs programme can go on