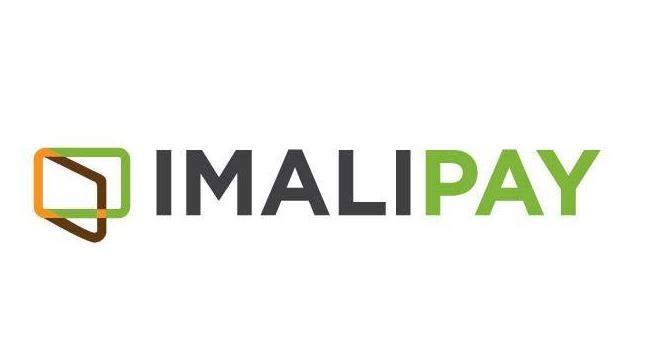 Leveraging artificial intelligence (AI) and big data, Nigerian startup ImaliPay has launched its platform to offer tailored financial products that promote the inclusion of gig economy platforms and workers across Africa. Reportedly co-founded early this year by Tatenda Furusa and Sanmi Akinmusire, ImaliPay offers both new and existing gig workers or freelancers the ability to seamlessly save their income and receive in-kind loans through a buy now, pay later model tied to their trade. However, as gig workers save money or repay loans on time, they are able to build a credit history that will in turn unlock more formal financial services in the future.

Speaking to press, on the development, Furusa lamented the neglect faced by gig workers in the economy, noting that this has led to them struggling to record a “leg up” as they look to get into gig work. He said: “Gig workers or freelancers are daily or weekly earners. Due to this volatility, and fragmented earnings or income, they often lack a safety net and lack tailored access to financial services. This means they are underserved or neglected by existing financial institutions. For new gig workers entering the new economy, they struggle to have a “leg up” to get into gig work.”

Ecobodaa, a new Kenyan startup, has announced its plans of launching the country’s first electronic motorbike at the start of 2021. Earlier founded in March 2020, the company’s motorbike taxis are built and assembled in Kenya’s capital, Nairobi. According to Ecobodaa, the motorbikes will be a more affordable and environmentally-friendly alternative to taxi drivers who rent their motorbikes at high rates from their owners. This will be an important step in helping thousands of taxi drivers in Kenya save more from their daily earnings.

Speaking to press, the founders noted that they have developed a prototype motorbike that is currently being tested by taxi drivers. Kimosop Chepkoit, founder and CEO of Ecobodaa explains that they hope to launch their service come January 2021. He said: “Our initial plan was to launch later this month but we ran into some manufacturing and logistics related challenges occasioned by the COVID-19 pandemic. Our rescheduled launch date is January 2021.” However, once the Ecobodaa bikes have been launched they will be available to drivers on a “lease-to-own credit model.” The bikes will be able to reach a maximum speed of 60km per hour and produce zero emissions.

… is the set of rules to be followed in problem-solving operations by a computer.

Tanzania has launched the Tanzania Startup Association (TSA). The association, according to its underlying mandate, is an umbrella membership-based organisation with the goal of bringing together the players in the country’s startup environment. The TSA will look into the creation of a collective network of entrepreneurs and startup founders in Tanzania. Press has noted that the association was founded by serial entrepreneur and expert, Zahoro Muhaji who has more than a decade of experience, going on to become a prominent figure in the startup sector and in helping Tanzania’s young entrepreneurs.

The Executive Secretary for the Tanzania National Business Council (TNBC), Dr Goodwill Wanga, who welcomed the founding the TSA while speaking at the launch stated that the TSA will play a crucial role in adding more young entrepreneurs and businesses to Tanzania’s private sector. However, the association shall be managed by different entrepreneurs who have experience in different fields. Upon launch, non-executive chairman Tanzania Cigarette Co. Ltd, Paul Makanza, has been appointed its chairman. Meanwhile, the TSA will commence the review of applications and will be doing so continuously. Hence, applicants can join the association either as a financier, an accelerator or a hub, as a startup or as any other part in the startup sector.

Having developed a management platform for rental professionals, South African prop-tech startup reOS, has publicly launched with the backing of heavyweight local angels including Bill Paladino and Mark Forrester. reOS automates two-thirds of a rental professional’s monthly tasks, including invoicing, collections, payments, communications, reporting and asset performance updates. Gaining traction, the company does this securely and simply, with banking grade encryption and a comprehensive audit trail, supported by a robust private blockchain. Today, it has integrated into all South African banks, making money management simpler, and allows for smart, one-touch payments.

According to industry insights from the company’s managing director, this process is all delivered with full “brandability”, giving rental agencies the opportunity to showcase their value in their company colours. He said: “There has been a great deal of excitement surrounding rental technology in recent years, with a number of new entrants to the industry. However, these companies have tended to focus on self-service, with direct-to-consumer models aimed at tenants, property owners and landlords. For the most part, these products look to cut the agent out. reOS has taken a different view, recognising that the greatest opportunity lies in enabling rental professionals to offer more value to their customers – at scale.”

In computer science, an algorithm is a finite sequence of well-defined, computer-implementable instructions, typically to solve a class of problems or to perform a computation. Algorithms are always unambiguous and are used as specifications for performing calculations, data processing, automated reasoning, and other tasks.