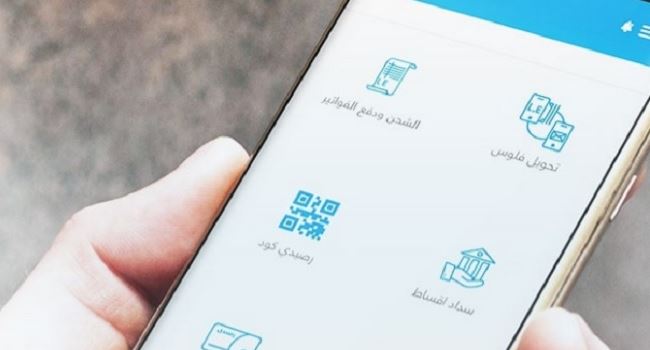 Raseedy, an Egyptian fintech startup, has launched a new digital wallet, going forward to become its country’s first independent digital wallet. According to the press, the new product is expected to fill a gap in the payments market by allowing users to transfer money, purchase via QR code, and more, from their phones. Although founded by Jacques and Karl Marco in 2018, Raseedy launched its digital wallet in partnership with Saib bank and Mastercard. Speaking on the development, public commentators stated that the Raseedy digital wallet is a reliable, lightweight, and cross-platform mobile app that empowers its users with great financial flexibility and security.

In addition, the wallet is fully certified by Meeza, the national payment’s scheme operator.

Commenting on size, Raseedy is said to have a cash-in/cash-out network of over 14,000 Automated Teller Machines (ATMs) and 70,000 Point of Sale (POS) machines nationwide. Jacques Marco, chief executive officer (CEO), while reiterating the startups commitment to improve Fintech in the country, said the mission was to improve user’s life by giving them more control and visibility over their finances.

He said: “We believe that it is our mission at Raseedy to improve our users’ lives by giving them more control and visibility over their finances. With the government’s push towards financial inclusion and digital transformation, launching our independent wallet now is the prime opportunity for Raseedy.”

E. None of the above

Yebo Fresh, a Cape Town-based online retailer Yebo Fresh, has closed a Series A funding round, and looks to expand nationwide. The startup, according to press, delivers food and household goods to communities and organisations leveraging technology.

Launched in 2018 in the garage of founder Jessica Boonstra’s home, Yebo Fresh is an online shopping service for township communities, delivering groceries to areas that are generally unserved by most formal retailers.

Analysts familiar with the startup noted that the company has grown quickly, especially in the last few months in the wake of increased demand, and now occupies a 1,200sqm warehouse with over 35 full-time employees. With the new raiser, it is expected to facilitate the acceleration of growth of the company.

Aimed at FoodTech and AgTech startups, Astanor Ventures on Friday launched a $325million “Global Impact fund.” While concentrating on food and agriculture technology, the two have been identified as the most pressing areas in the climate debate. According to the board, the aim is to deploy funds across Europe and North America. Astanor’s fund is a multi-stage tech investor that unites both knowledge and experience of scaling new technology companies with food, cross-sector expertise and agriculture.

In an interview with press, Eric Archambeau, co-founder and partner of Astanor Ventures said: “There is now an urgent need for an impact investor like Astanor which is using tech and capital to bring about a revolution in food and farming.”

Speaking on the vision of the fund, Archambeau revealed that the fund would rigorously apply the ideas behind the United Nations’ 17 Sustainable Development Goals (SDGs) to its investments.

He said: “There is a new generation coming on board at LPs and family offices today and new funds understand the imperative this generation now raises. It’s time to stop up and be counted for the future.” Meanwhile, within its network, Astanor reportedly counts entrepreneurs, impact investors, farmers, chefs, policymakers, food scientists and high-profile sector experts, such as Kathleen Merrigan, Professor in the School of Sustainability and Executive Director of the Swette Center for Sustainable Food Systems at Arizona State University.

The world’s most translated website isn’t owned by one of the large tech brands, such as Google, Apple, Microsoft or Samsung. It is, in fact, the website for the Jehovah’s Witnesses (https://www.jw.org/en/).

The website has been translated into more than 1010 world languages and dialects, and the translations of this website’s publications are carried out spontaneously so that it reaches users in the right language, as quickly as possible. Others on the list include: Wikipedia in about 287 languages, Samsung in 166 languages, Google in 164 languages, Apple in 125 languages, and Facebook in 97 languages.

‘Vote out NASS members in 2023,’ Lawan reacts to attack on lawmakers over jumbo pay