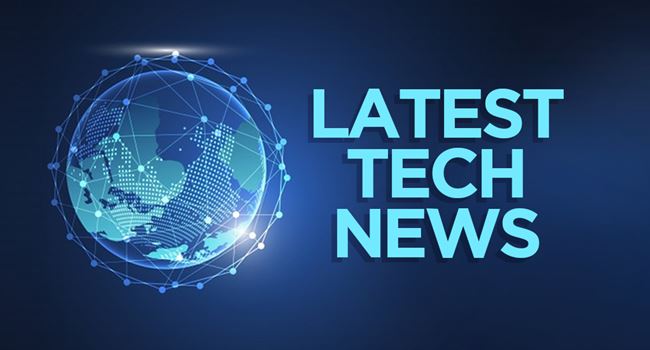 A group of 143 scientists including more than 60 professors at top U.S. research institutions have called on Facebook to do more to prevent spread of misinformation on its platform. The group reportedly reached Facebook in an open letter, arguing that social media platforms like Facebook “facilitate the spread of misinformation” and that, “The spread of news that is not vetted for factual accuracy leads to confusion and a mistrust of experts.”

The group, which consists of researchers currently or previously funded by the Chan Zuckerberg Initiative, a company founded by Mark Zuckerberg and his wife Priscilla Chan and funded by Facebook, carries a vision to “advance human potential and promote equality in areas such as health, education, scientific research, and energy.” Expressing particular concern over the recent comments of President Trump, the group wants Facebook to turn up the heat around its counter-misinformation policies.

Shezlong, the Egyptian online mental health platform has announced raising a new round of investment to help it expand its operations in the Middle East and North Africa (MENA) region. The 6 year old firm has been generating revenue helping patients connect with licensed therapists through online video calls online, and uses cognitive behavioural therapy to teach individuals how to manage stress and anxiety.

According to reviews from Egypt, the platform hosts more than 500 consultants and has more than 100,000 registered users from Egypt, Saudi Arabia, the United Arab Emirates (UAE), Qatar, Germany, and the United States (US). This undisclosed round comes after Shezlong raised US$350,000 two years ago. It saw participation from the Singapore-based Asia Africa Investment & Consulting (AAIC), MK Capital chairman Mohamed El Khamissy, and Khaled Ismail, chairman of HIMangel.

Which tech company acquisition was the biggest by dollar amount?

3. #BlackLivesMatter: Reddit’s founder steps down from board to accept a black substitute

As the U.S and the rest of the world boil with nationwide protests against police brutality after Minneapolis police killed George Floyd, an unarmed black man; Alexis Ohanian, the founder and former CEO of Reddit, has, stepped down from his position on the company’s board, accepting that his vacancy be filled by a black board member.

According to Ohanian, his decision was prompted by the increasing cases of racial discrimination and injustice, thereby, calling on the company he founded to fill his position with a black board member. Industry leaders have described this move as one of the high-profile steps from a company with its own rocky track record around issues of race. “I believe resignation can actually be an act of leadership from people in power right now,” Ohanian said in his announcement, adding that, “To everyone fighting to fix our broken nation: do not stop.”

As part of efforts to support African startups, Orange Digital Ventures has launched a seed challenge for startups from Africa and the Middle East. The seed challenge will provide up to seven startups with investments between EUR50,000 (US$56,000) and EUR150,000 (US$168,000).

Although, aimed at startups with high-growth potential and based on new technologies, the challenge will make available EUR500,000 (US$560,000) in funding and will be opened to startups in Cameroon, Ivory Coast, Egypt, Morocco, Senegal, Tunisia and Jordan. The winning startup, which will secure the main prize of EUR150,000 in funding, will also receive three months of support from Seedstars.

Sim card packets for Reliance Jio, the mobile network of Reliance Industries Ltd., are displayed for a photograph at a store in Mumbai, India, on Sunday, Jan. 19, 2020. Reliance Industries, India’s biggest company by market value, posted a 13.5% jump in quarterly net income as growth in telecom and retail business helped outweigh a slump in petrochemical operations. Photographer: Dhiraj Singh/Bloomberg via Getty Images

On Sunday, June 7, Reliance Jio Platforms said it will sell a stake of 1.16% for $750 million to Abu Dhabi Investment Authority (ADIA), a deal that goes further to exhibit the company’s unrelenting eye-catching run for investments at the height of a global pandemic. According to industry insights, the three-and-a-half-year-old digital unit of oil-to-retail giant Reliance Industries, which is the most valuable firm in India, has now secured nearly $13 billion from seven investors including Facebook, and U.S. private equity firms Silver Lake and General Atlantic by selling close to 20% stake.

This newest announcement from ADIA, which maintains a position as one of the world’s largest investors, becomes the third deal that Reliance Jio Platforms has secured this week. Currently valued at $65 billion, Jio Platforms announced earlier that it was selling $1.2 billion stake to Abu Dhabi-based sovereign firm Mubadala.

It may not be the most recognizable deal, but Dell’s acquisition of enterprise storage company EMC for $67 billion in cash and stock stands as the tech industry’s largest buyout. Second place goes to Microsoft’s purchase of LinkedIn for $26.2 billion in 2016.

HP’s takeover of Compaq in 2002 is virtually tied with Facebook’s buyout of WhatsApp for third with both being ~$19 billion exchanges (the HP-Compaq deal is often cited as being $25-$33 billion but it fell to $18.6 billion in the end).

Boxer, Manny Pacquiao to contest for presidency in Philippines