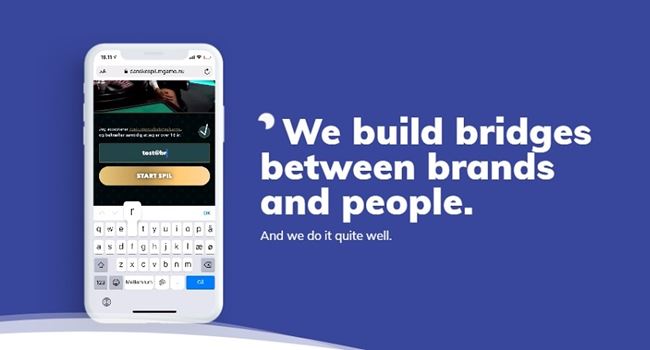 True to its vision to scale its gamified ad-tech product, United Kingdom (UK) firm BrandMobile has signed a joint venture deal with Nigerian startup Hatixa. According to press, the initiative seeks to launch BrandMobile Africa, with the goal of creating a scalable ad-tech product built on gamification principles. Three year old startup, Hatiza, which was founded by Toby Nwanede and Habeeb Aremu, initially focused on media productions before developing a product called PEEP, that would programmatically deliver content to consumer lockscreens each time they tried to unlock or power up their devices.

Describing their startup idea, co-founder Nwanede, in a press statement, noted that their idea and app was an engaging concept, albeit with challenges at the point of signing investors. He said: “Ultimately, it was a beautiful concept with lots of in-app engagement, but driving acquisition while trying to convince brands to provide content proved to be a chicken and egg palaver.” Hence, what led to the acceptance of the BrandMobile deal. He confirmed that after the two parties reached a point of interest, the deal was signed off. “We met BrandMobile around 2018 through a friend and in late 2019, after some gruelling and quite testing months, we struck up a partnership conversation.”

eVuna, one of South African startups, has launched an insight crowdsourcing platform, enabling sponsor to digitally connect with an audience, known or unknown, with incentives for the audience as reward for their engagement. Industry insights revealed that the product was launched in September. With its reward system, it works by its gamification model to get closer to audiences, better understand their needs, and entrench brand or business loyalty.

Commenting on the idea to use gamification concept, Ruaan Botha, co-founder of eVuna, noted that its organisation is reacting to new trends in the tech ecosystem. He said: “Global events are drastically changing how people perceive value in products, services and brands. New regulations, macro changes in trends, and globalisation of services are forcing changes to organisations, and the need exists for empirical data from target audiences to make decisions.” He added that: “The current method of getting closer to their audience insights is to “buy data” or pay marketing corporations hefty amounts to manually source insights on their behalf.”

Click2Sure has announced raising a multi-million rand investment from US-based VC firm SixThirty. The Cape Town-based insurtech company stated that the fund was to help it further develop its product. Launched in 2017, Click2Sure, according to review, is a full stack digital insurance platform which enables retailers, service providers, distributors and brokers to bolt on a selection of over 20 custom-developed insurance products at the point of sale. The investment makes the startup the first African portfolio company signed by SixThirty. The American VC, which invests in early-stage enterprise technology companies, is famous for investing in startups building insurTech, fintech and cybersecurity solutions.

Speaking on the development, co-founder Daniel Guasco noted that the funding, however undisclosed, will enable Click2Sure to further develop its product and ensure businesses offering insurance take advantage of the benefits of digitisation. He said: “Another reason we are thrilled to have SixThirty on board is their Go-To-Market Summer programme, where we were introduced to key individuals, executives and other founders well placed in the US market within blue chip companies, to help us get a foot in the door, and mentor us on what the US market and stakeholders expect to see from a startup and technology partner.”

Tesla (10 July 1856 – 7 January 1943) was a Serbian-American inventor, electrical engineer, mechanical engineer, and futurist who is best known for his contributions to the design of the modern alternating current (AC) electricity supply system.

Related Topics:BrandMobileClick2SureeVunaLatest Tech News
Up Next