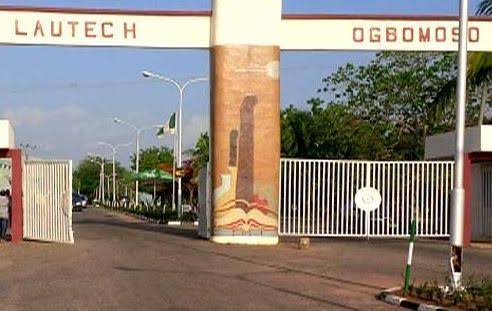 A graduate of the Ladoke Akintola University of Technology, Ogbomosho, LAUTECH, Femi Akeju has incurred the wrath of the Senate of the school for making false claims online.

Akeju, who graduated from the Department of Computer Science and Engineering of the school, had claimed that a certain lecturer in the university failed him in a biology course for six years.

The university, which invalidated his statement of result and withdrew his privileges as an alumnus of the university, disclosed this in a statement on Wednesday by its Public Relations Officer, Mr Lekan Fadeyi.

The statement read in part: “The alumnus, who graduated in the 2013/2014 academic session, with matriculation number 083659, had in a publication of March 15, 2018 on Naijaloaded, an online medium, claimed that a certain lecturer failed him in a particular biology course for six years.

Read also: CAN disowns COZA, says church not its member

“All efforts made by different arms of the Institution to enable Akeju to shed some light on the allegation before the various investigation panels yielded no fruit as he refused all entreaties from us towards ensuring that he got redress.

“Bothered by the negative effect of such unfounded allegations on the university’s profile and the fact that he has failed to honour invitations by the panels set up by the university, the authority has therefore decided that, all rights and privileges extended to Akeju Oluwanisola Femi as an alumnus of this university stand suspended.

“Other sanctions approved by the University’s senate are that, issuance of academic transcript to him is suspended forthwith; the statement of results issued by the University to Mr. Akeju Oluwanisola Femi be immediately invalidated, and that his academic certificate be withheld until further notice.”