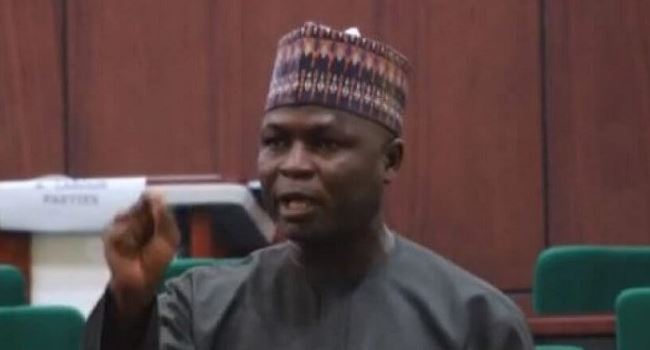 The member representing Chibok/Damboa/Gwoza Federal Constituency of Borno State, Hon. Ahmadu Jaha, has asked the Federal Government to deploy more troops to the Chibok community as reports of a planned take-over of the area by Boko Haram terrorists have become worrisome.

Jaha who spoke during plenary on Tuesday, cautioned the government against treating the report with levity, citing recurring cases of attacks on residents of the area in the past few weeks.

While speaking on the floor of the House, Jaha said there was urgent need to reinforce security around the troubled areas due to incessant attacks by Boko Haram insurgents.

According to him, between October 30 and November 19, insurgents attacked four villages in Chibok and Damboa local government areas, killing some residents and kidnapping others.

The lawmaker also painted a picture of the havoc wreaked in the area within two weeks and urged the House to adopt a motion of public importance he sponsored to that effect.

“Barely one month from today, my constituency was attacked more than seven times in seven days and in every attack, we recorded loss of lives and property with millions of naira including worship houses and houses of clergymen in that particular environment.

“We have been witnessing these attacks for a reasonable period of time, right from the inception of insurgency, it has become part of our lives today since nobody can assist us.

“What actually stimulated me to push this motion today is that the insurgents came to the communities and dropped letters that people should surrender their small and light weapons that they use to defend themselves.

“With this, it goes to show they are planning to take over and as a result, we may end up leaving our ancestral homes which to us, is not easy.

“As I’m talking to you now, substantial part of our constituency is still under the occupancy of the Boko Haram and you cannot travel, go to farm one kilometer away without being in the hand of the Boko Haram.”

The House which unanimously supported the resolution, urged the executive arm of government to deploy troops in the area, especially now that rainy season has subsided.

US to distribute 6.4m doses of Covid-19 vaccine