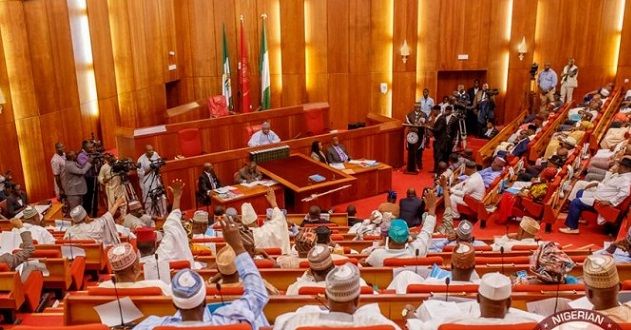 According to Omang, this was on the grounds that the apex court has ruled that Hon. Jarigbe Agom is the bona fide and authentic winner of the seat.

Omang argued that “It is obvious that from the Judgments of the Appeal Court and the Supreme Court, Stephen Odey is no longer the Senator Representing Cross River North, in the Senate.

“It is a known fact that the Independent National Electoral Commission (INEC), has obeyed the judgment of Courts and has issued a Certificate of Return to Hon. Jarigbe Agom Jarigbe, which automatically invalidates the Certificate of Return earlier issued to Stephen Odey, after the by-election.”

According to Omang, “the fact that the apex court has ruled on who was the authentic candidate of the Peoples Democratic Party is incontrovertible.

“The candidate remains Hon. Jarigbe Agom Jarigbe, as affirmed by the Supreme Court, which struck out the Appeal filed by Stephen Odey, challenging the decision of the Appeal Court. The appeal was struck out, due to a defective Notice of Appeal, on February 25, 2021.

“We are reminded that Stephen Odey sought to be joined as an interested party to the suit and was joined at the Appeal Court. He went ahead to Appeal the judgment of the Appeal Court to the Supreme Court. He sought some reliefs from the Supreme Court, including his affirmation as the authentic candidate of the Peoples Democratic Party in the December 5, 2020 Senate by-election for Cross River North. The appeal to the Supreme Court by Stephen Odey was incompetent and was struck out. The appeal failed and Stephen Odey now claims, he was not part of the suit. This is an attempt to approbate and reprobate,” he stated.

Regarding the delay by the Senate to swear in the winner of the senate seat, Omang queried whether “the Senate President is competent to interpret judgments of Courts, or question the actions of INEC?

*So why should the Senate President dwell on Court judgments and the interpretation thereof, when there is a valid and authentic Certificate of Return Issued? What is going on in the Senate, in the case of Stephen Odey and Hon. Jarigbe Agom Jarigbe, is an illegality taken too far.”

He emphatically stated that the “Senate President is wrong and should retrace his steps to avoid bringing the institution of the legislature to disrepute.”