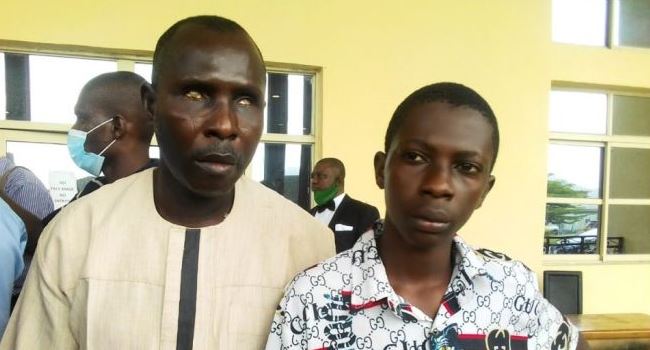 A lawyer, Bernard Jamaho on Monday said the Police has refused to pay a N12 million compensation awarded to a blind man, Simon Arigbe by a competent court of law in Delta State.

Arigbe who was a taxi driver was badly brutalized by policemen at the Express junction in Ovwian, Udu Local Government Area of Delta State in 2010, which cost him his eyesight.

Jamaho disclosed this at a public hearing held by the Judicial Panel of Inquiry on Police brutality and Extra-Judicial Killings in the sttate.

According to him, the Policemen stationed by the express junction in Ovwian accosted Arigbe as a taxi driver to ask him for some money.

“He objected saying he had given them before and cannot give another one.

“This led to an altercation and the altercation led to them beating him and in the process, he got blinded.

“A human right lawyer, Oghenejabor Ikimi took the matter up, went to High Court, got a judgment and the police had to go to Court again to set aside the judgment which the Court refused the application in 2010.

“Since then, every application to the Police Service Commission (PSC) to the Police, to the Government to make sure that his money, the 12 million naira awarded against the Police is paid has proved abortive. Every effort made has not worked,” Jamaho narrated.

Jamaho noted that it is the practice of bailiff and Policemen to enforce judgments on matters that concerns citizens of the country, adding that when judgments are made against the Police, it is difficult to enforce such judgments.

He described it as “an anomaly that needs to be corrected.”

Jamaho further said that Arigbe and his family are demanding for a different body to enforce the judgement on the matter.

“We have cried, long before now and we are asking again that we want a different body to enforce judgment in this country, not the Police.

“The panel has taken our petition. The Police did not oppose and the panel has reserved recommendation to the State Government,” he added.