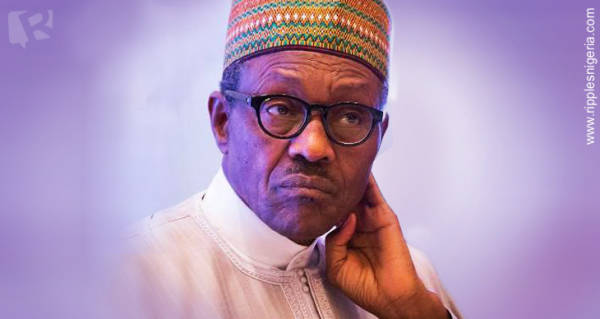 Buhari had in his speech at the opening ceremony of the Nigerian Bar Association (NBA) conference in Abuja, said the rule of law can be suspended for the supremacy of the nation’s security and national interest.

But the leaders attacking Buhari for making such statement, said there were very frightening indicators in the political climate that must be addressed as Nigeria as a country, was at a crossroad and if not checked, the country would be in very serious danger.

They therefore called on Buhari to withdraw the statement, saying it was quite unfortunate that he should say such a thing in the first place.

The leaders led by South-South leader, Chief Edwin Clark, and former Vice Chancellor of the Ahmadu Bello University, Professor Ango Abdullahi, said this during their meeting in Abuja to appraise the state of the nation.

At the meeting, they also called on the Vice President, Professor Yemi Osinbajo, to retract his statement that Nigeria’s problem was not that of restructuring. They argued that the statement contradict the position of the vast majority of Nigerians.

They also deliberated on the recent invasion of the National Assembly by the Department of State Security (DSS) and urged the Federal Government to set up a judicial commission of inquiry to look into the national embarrassing event.

Speaking at the meeting Clark, PANDEF leader, dismissed allege claim by the Presidency that the elders’ meeting over what they perceive as poor governance was primarily because they were out of favour with the present government.

“This is a country where the rule of law should prevail over national interest. These are issues that concern all of us whether you are in government or not. We all have the right to talk about our country.

“On the national security, I want to reassure you that no one can intimidate us from discussing the progress of this country. At 91, I am old and I do not need anything from anybody. So, we are free to speak our minds, provided it is in the interest of this country,” Clark added.

Also Northern Elders Forum (NEF) leader, Abdullahi, speaking challenged the presidency to name those among the elders who asked for favour from government.

“Clark is speaking the truth on the state of our nation. We are worried about what is happening in our country. Our last meeting was commendable, that is why we feel encouraged to hold another one. Nigeria first before any other thing.

READ ALSO: Nigeria’s problems in 2015 have now been replaced by dividends of democracy— Buhari

On his part, elder statesman and chieftain of the Afenifere, Chief Ayo Adebanjo, insisted that the President must withdraw the statement as it amounts to hate speech.

REVIEW… Who will grab PDP ticket in race against Buhari?