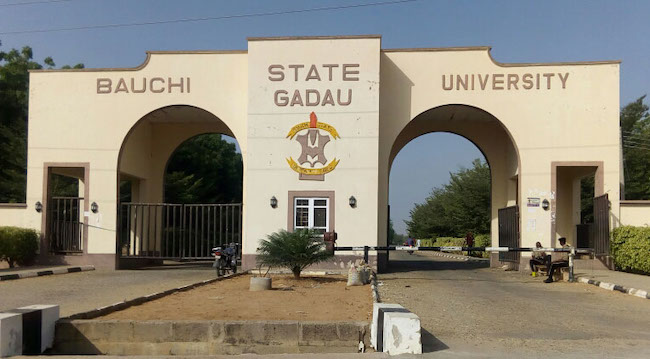 While the national leadership of Academic Staff Union of Universities (ASUU) is warming up to embark on another round of strike action, leadership crisis has engulfed one of its chapters, Bauchi State University, Gadau (BASUG) in the Bauchi Zone of the Union which has now become a subject of litigation.

An aggrieved member of the BASUG ASUU who is a lecturer with the Faculty of Law of the University, Dr. Idris Danjuma has dragged the Branch to court over failure to conduct election as the court is set to hear the suit on 21 December, 2021.

The lecturer has filed a suit at the State High Court, Katagum Division holden at Azare praying the Court to compel ASUU leadership in Bauchi Zone to hold election of its officials in BASUG as enshrined in the constitution of the union.

In the originating summons with suit number BA/KJD/007/2021, the plaintiff is praying the court to determine pure questions of law regarding the constitutionality or otherwise of postponing the elections of the Academic Staff Union of Universities (ASUU), Bauchi state university Gadau chapter.

The lecturer is also seeking the court to determine on elongation of office by the current leadership of the union and the purported interference into the activities of the independent electoral Committee of the union duly set up by the Congress of the union.

The summons sought for declaration that the interference and or directives of the 1st , 2nd and 3rd defendants to the electoral Committee of the Academic Staff Union of Universities (ASUU), Bauchi state university Gadau chapter which postponed its general election slated to hold on the 18th day of November, 2021 barely less than 24 hours to the said election is illegal, null and void.

The lecturer is also seeking a declaration that the 4th to 8th defendants term of office have elapsed having spent more than the constitutionally guaranteed 2 years in consonance with the provision of Article 10 (vi) of the constitution of the Union.

He is praying the court to declare that the 9th to 12th defendants cannot accept, treat or give credence to any petition, observation or criticism made by any member of the union outside the prescribed period for the receipt of the said petitions, on the ground that the petitioners having slept over their rights to raise any issue timeously to the electoral Committee.

Dr Danjuma is also seeking an order of perpetual injunction restraining the 1st, 2nd and 3rd defendants from further interfering into the conduct of the general election of the Academic Staff Union of Universities ASUU, Bauchi state university Gadau chapter.

The lecturer is seeking an order of mandatory injunction compelling the 4th to 8th defendants to immediately vacate office as leaders of the Academic Staff Union of Universities ASUU, Bauchi state university Gadau chapter having overstayed their constitutional terms without any constitutional backing or reason forthwith.

Dr Danjuma sought for an order of the court directing the 1st, 2nd and 3rd defendants not to recognize the 4th to 8th defendants as Chairperson, Secretary, assistant secretary, financial Secretary and welfare officer of the Academic Staff Union of Universities ASUU, Bauchi state university Gadau chapter, among others.

The defendants according to the court summons include, the incorporated trustees of the ASUU; the President of ASUU; Professor Lawan G. Abubakar, the Zonal Coordinator , ASUU Bauchi zone, Dr. Yusuf Musa Yahaya, the Chairman ASUU and Isma’il Hassan, Secretary of the union.

Related Topics:ASUUBauchiBauchi ASUU
Up Next