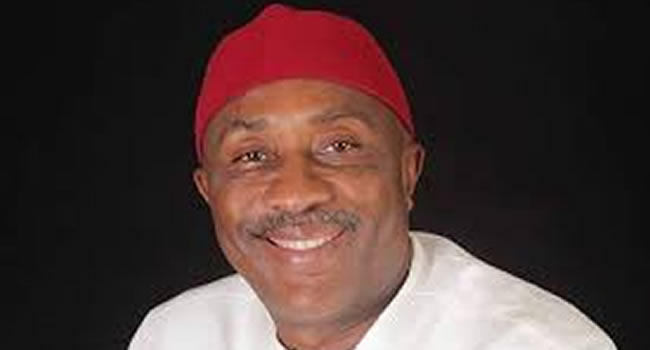 Amidst criticism amongst Nigerians over the approach of the Federal Government towards redressing the spiralling security situation in the South-East, a former Secretary to State Government (SSG), Imo State, Uche Onyeagocha has revealed that the leadership needs to display humaneness towards the populace.

Onyeagocha stated this on Tuesday during an interview on AriseTV.

Ripples Nigeria had reported that secessionist agitations have ramped up in the South-East region over perceived injustice against the region by the Federal Government.

These agitations have been led by the proscribed Indigenous People of Biafra (IPOB) who the FG accuses of unleashing mayhem on police formations in the zone.

The former SSG condemned the killings of police officials in the region.

In response to a query on whether the current violence is related to the agitation for a 2023 Igbo Presidency, Onyeagocha said, “I believe strongly that what is happening in Imo State is a case of crises generated by bad governance at the national and the state level.

“The Igbos supported Buhari during his emergence in 2015 but unfortunately, he refused to embrace the region.”

He further pilloried the Imo State Government stating that the situation deteriorated due to its inability to redress the situation.

According to him, the appalling levels of poverty and the disregard for the rule of law at all levels of governance snowballed into the current violence in the region.

“A combination of these is what brought Imo State to this situation.”

Further buttressing his point regarding unfairness against Igbos, Onyeagocha stated that none of the top political office holders at the federal level are from the zone saying, “These are what fuelled the calls for self-determination.”

He also accused the ruling All Progressives Congress of reneging on its pledge to restructure the polity, which triggered the feeling of injustice.

In order to douse the tensions, the Imo politician implored President Muhammadu Buhari to dialogue with stakeholders and people from the region.

He also called for caution saying, “Let no group of people take it for granted that they can bully any other person into submission.

“The Constitution recognises the right to self-determination.”

PDP lawmakers storm out of plenary over resolution on Twitter ban