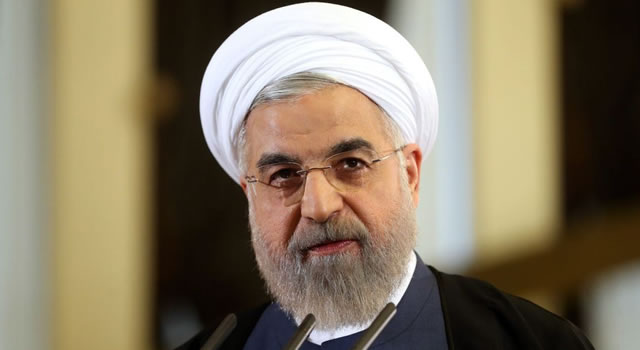 The President of Iran, Hassan Rouhani, has warned foreign powers to withdraw their armed forces from the Middle East or face grave danger if they choose to remain in the region.

“Today, the American soldier is in danger, tomorrow the European soldier could be in danger,” Hassan Rouhani said in televised remarks on Wednesday, without elaborating.

The Iranian president’s remarks come after the United Kingdom, France and Germany challenged Tehran over breaking limits of nuclear deal.

In a related development, a new video showing how two missiles fired by Iranian forces which hit a Ukrainian passenger plane over Iran’s capital, Tehran, killing all 176 passengers and crew on board, has surfaced.

The security camera footage which has been verified by The New York Times shows the moment two missiles were fired 30 seconds apart causing the plane to crash killing 176 people onboard.

The newspaper said the first strike disabled the plane’s transponder before it was hit by the second missile with the plane flying for several minutes, on fire, before crashing to the ground and exploding.