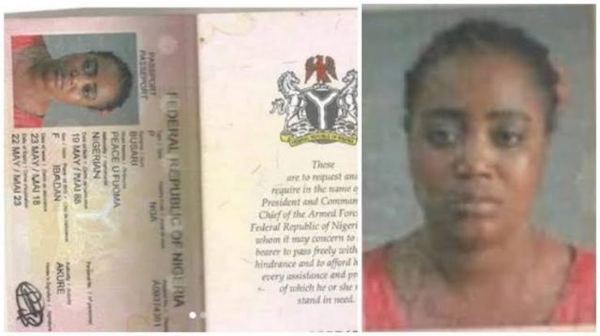 The Chairman of Nigeria Diaspora Commission (NIDCOM), Abike Dabiri-Erewa, said Tuesday the Nigerian girl put up for sale by a Lebanese on Facebook had been rescued by security agents in the Middle Eastern nation.

Dabiri-Erewa, who disclosed this on her Twitter handle, said the Oyo State-born Peace Busari is currently at the Nigerian High Commission in Beirut.

The Lebanese, Wael Jerro, had last week put up the girl for sale on Facebook.

Jerro put a price tag of $1, 000 on Busari before he was arrested by security agents in that country.

READ ALSO: ‘..beat a child with one hand..bring him back with the other hand’; Umahi reverses ban on journalists

The NIDCOM chief said: ”Update on Nigerian girl put up for sale by a Lebanese, Wael Jerro, on Facebook. She has been rescued and safely with officials of the Nigerian Mission in Beirut. More updates later.”

Related Topics:FacebookLebanese security agents
Up Next