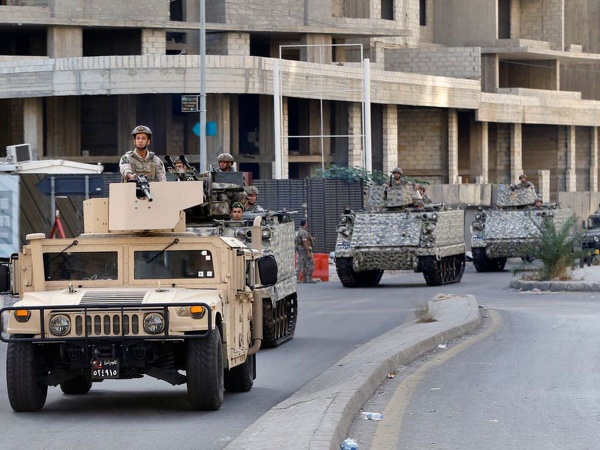 The Government of Lebanon on Friday announced a day of mourning as several establishments such as schools, banks and public offices remained on shutdown in the aftermath of deadly gun battles between heavily armed militias.

According to a report by the BBC, this incident resulted in the death of six people in Beirut, the capital city, which led to the pronouncement of a day of mourning following the armed clashes.

The gun battles raised the possibility of a return to sectarian violence in a country already struggling through one of the world’s worst economic crises of the past 150 years.

Violence broke out on Thursday at a protest organised by the two main Shiite parties – Hezbollah and the Amal Movement – calling for the removal of the lead judge investigating last year’s massive explosion at Beirut port.

“The main cause of these developments lies in the presence of uncontrolled and widespread weapons that threaten the citizens at any time and in any place,” he tweeted.

Many of the protesters had been armed. It was not clear who fired the first shot but the confrontation quickly evolved into heavy exchanges of gunfire along a former civil war frontline separating predominantly Muslim and Christian areas of Beirut.

The two Shiite groups said their protesters came under fire from snipers deployed over rooftops, accusing the Christian right-wing Lebanese Forces militia of starting the shooting. Among the dead — all Shiites — were two Hezbollah fighters.

On Friday, residents in the Tayouneh area of Beirut where most of the fighting played out swept glass from the streets in front of shops and apartment buildings.

Soldiers guarded the entrance to the battered neighbourhood and barbed wire was erected at street entrances. Many cars were damaged.

Huge tension surrounds the inquiry into the port explosion that killed 219 in August 2020.

Swathes of the city were devastated by the blast, but no one has yet been held accountable.

The Judge of the Palace of Justice, Tarek Bitar charged and issued an arrest warrant for Lebanon’s former finance minister, who is a senior member of the Amal Movement and a close ally of Hezbollah.

Judge Bitar also has charged three other former senior government officials with intentional killing and negligence that led to the blast.

Officials from both Shiite parties, Amal and Hezbollah, including Hezbollah leader Hassan Nasrallah, had attacked Judge Bitar for days, accusing him of politicising the investigation by charging and summoning some officials and not others.

None of Hezbollah’s officials has so far been charged in the 14-month investigation.

Related Topics:LebanonShiite groups
Up Next