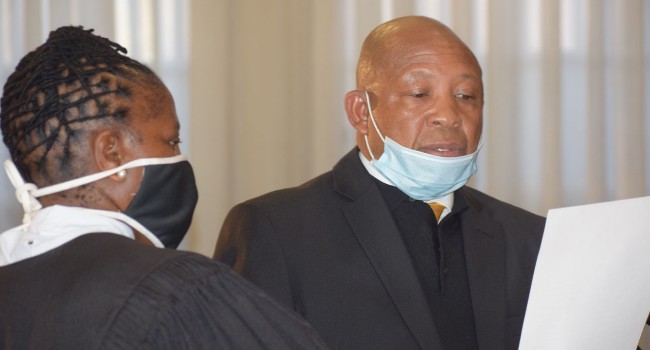 Former Finance minister, Moeketsi Majoro has been sworn in as Lesotho’s Prime Minister on Wednesday after his predecessor, Thomas Thabane resigned to deal with a scandal involving the murder of his wife.

The oath taking ceremony took place at the king’s palace in the presence of dignitaries but the new prime minister did not give a speech.

Thomas Thabane, 80, succumbed to pressure to resign on Tuesday after he and his current wife were declared suspects in the murder of his former wife, Lipolelo Thabane three years ago.

Lipolelo Thabane, who was said to have refused Thabane a divorce was gruesomely murdered on June 2017, two days before her husband’s inauguration, as the police found her shot dead in her car.

Both have been charged to court with Maesaiah denying any wrong doing and Thabane arguing immunity due to his office.

COVID-19: Robots arrive to screen patients in Rwanda, as Kenya sends 182 foreigners back to Tanzania