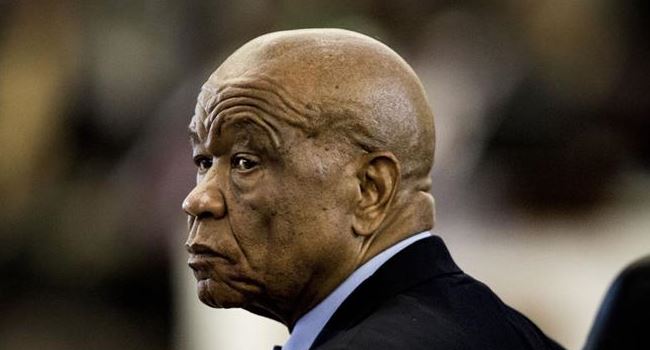 Thomas Thabane, Prime Minister of Lesotho, who was allegedly involved in the killing of his wife is expected to face a murder charge on Friday.

The enstranged wife, Lipolelo Thabane 58, was said to have been shot dead by unidentified assailants near her home at the outskirts of the capital in Maseru.

The death of the former first lady, Lipolelo Thabanen, which occurred two days before the Prime Minister’s inauguration in June 2017 has sparked controversies as the police have also alleged the involvement of the PM’s current wife, Maesaiah Thabane in the assassination.

Maesaiah who is currently in detention and charged for ordering the killing as police reports had claimed, was said to have hired eight assains to kill the first lady.

Lesotho’s deputy commissioner of police, Paseka Mokete said: “The prime minister is going to be charged with the murder. The police are preparing directives and he will probably be charged tomorrow,”

“It has to be understood that it does not necessarily mean he was there, but that he was acting in common purpose,” Mokete said.

The couple had been involved in a fierce divorce battle when Lipolelo was killed.