Home » Latest » LESSON FROM COVID-19 PANDEMIC; The splendour in the ordinary 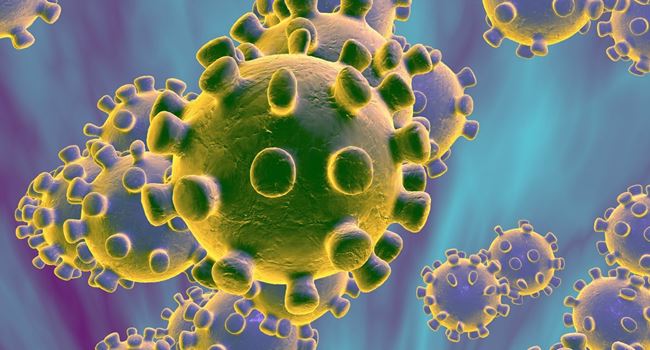 The concept of intrinsic value stands at the apogee of conversations in the 21st century with many other issues . Even though it has been a subject of discourse for donkey’s years it has resurfaced in recent times. It is a subject of moral debates. This year has witnessed many issues that bring us back to the discussion on intrinsic value. There are signs the world is undergoing a slow cultural drift from a thing being valuable in “its own right” to extrinsic value. Or maybe we are just witnessing the fruits of the seeds planted few years ago. Either ways no one can deny that something is wrong somewhere in our value system. Absolutes have become exiguous in our conversations. Various moral debates in the past were subjected to the valid contentions from intrinsic value. However, current debates are done coram non judice. There seems not to be a moral framework for our conversations and actions.

If judgement about ethical issues would be subjected to coherence of intrinsic value, the question, “what has intrinsic value?”, has to be answered. It is of more fundamental importance than “how do I determine the intrinsic value of a thing?” Our cultural milieu has gradually shifted from solid to fluid. There are waves on issues that were calm years ago. We live in a boundless and pluralistic world; relativism is the norm. The societal absolutes have been pulverized. There are no coordinates in determining what is right or wrong. One of my professors once asked in class, “what determines right or wrong”. My answer was, “we determine what is right or wrong”. I elucidated my answer – things that are right within our present cultural milieu are what the majority agrees on. The judgement of right and wrong is democratically elected. However, one voice does not equate one vote. Some individuals have more numbers than others. The minority suffers from spiral of silence. Our individual autonomy in defining moral judgement and shifting away from judgement based on intrinsic value leads us on a parlous journey.

William Frankena an American moral philosopher stated a list of what he considered to be intrinsically valuable: life, consciousness, and activity; health, strength; pleasure and satisfactions of all kinds, etc. But can we determine the value of something by ourselves? None of these philosophers were at creation. We found ourselves within time. On what prerogative can a fellow human being determine what is right and wrong for his fellow? Whether a proponent of the big bang theory or creatio ex nihilo, none was at the beginning. The universe began essentially as nothing; both theologians and scientists agree on this.

In history, relatively few seem to have granted doubts about the concept of intrinsic value. The debate often twirls around the validity of the intrinsic value of a thing. Intrinsic value is the value a thing has in itself. The law of first mention or use points out the danger in visiting a philosopher in determining the intrinsic value of a thing. The law of first use says that, to understand a thing, we must find the first place in history that the thing was first revealed and study it. Since no one was at the beginning we need to travel to the beginning. The problem with this principle is knowing who or what comes first. Everyone agrees life started at a point – what we debate about is the person or thing behind the creation. This article is not directed to answer that question. But we can conclude something or someone higher has to be the coordinator of our absolutes if we would pursue one. And it is glaring we have to pursue one.

One of the debates that will go on for aeons is – what is the meaning of life? No true human being would not have been saddened by the various happenings in recent times – rapes stories, racism and a lot more. Are there absolutes or everyone determines his or her own absolutes? Are we to swim in the ocean of relativism? Does the human life has meaning? There are many world views that attempt to answer this. But one that has suffered greatly from this pandemic is naturalism. Naturalism is the idea that laws and forces of nature operate in the universe. If we put naturalism as the first cause in the universe many will not be alive today. We are fighting an invisible enemy and everyone is trying maximally to protect even the weakest in the global community. The naturalistic fragment of survival of the fittest suffers here. One needs to consider what Anaximander, Empedocles, Lucretius, and Darwin would have done in this pandemic – whether to stay calm and allow the natural laws wipe the weak amidst us or go against their own propositions. The invisible enemy is making visible the lapses in our value system. The things we considered most valuable before the pandemic have suffered a decline in value. The ultimate goal for everyone is staying alive. Life means more now. The enemy is silently telling us to remodel our value system. The waves are calm; poor or rich, the fight is almost the same.

We need to see beyond the current pandemic to grasp a wider picture of this. What is the grand purpose of life? Are we are just accidents, random collection of atoms, and nothing more? Everyday in this pandemic, we are coming to the realization that something in us matters than every other thing around us. Something in us care less about the things we once fight for. We are valuing something within ourselves. The splendour in the ordinary is resurfacing from where we buried it. A grain of millet makes no sound but there is splendour in it for a thousand of it makes sound.

Aderinto Nicholas is a medical student who currently resides in Osogbo, Nigeria. He currently serves as the editor-in-chief at LAUTECH Medical Students Association Journal Club.