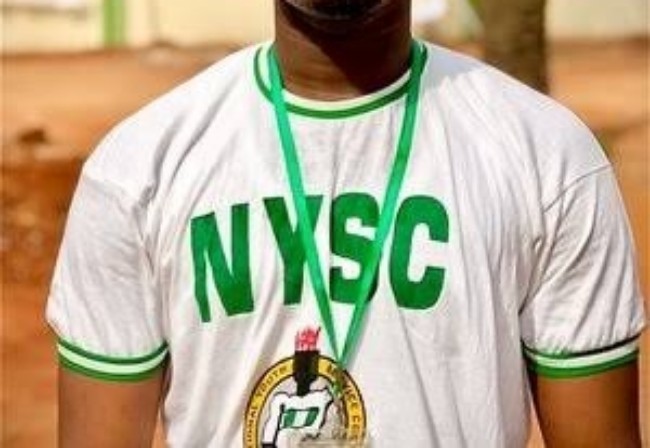 The National Youths Service Corps (NYSC) has reacted to the arrest of a corps member, Orji Nkenna by the Osun State Command of the Nigeria Police Force, declaring that the law should take its course.

Nkenna, an ad hoc staff attached to the Independent National Electoral Commission (INEC) in charge of the distribution of voter cards, was reportedly arrested alongside an INEC official over alleged electoral misconduct.

The NYSC, in a statement issued on Sunday by its Director, Press and Public Relations, Eddy Megwa, said the case was under investigation.

Megwa said: “It is rather unfortunate that corps member Orji Nkenna, who is one of the accused persons could debase himself into such an atrocious act. We have also noted that the case is under investigation. If found guilty, the law should be invoked accordingly.

“The NYSC as a responsible youth-moulding organisation hereby dissociates itself from such unpatriotic act of the culprits. We also, in the NYSC, condemn the act in totality.

“The involvement of corps members in previous elections in the country was borne out of their track record of impeccable performances in several previous national assignments and we are proud of them all that stick to the rules.

“All corps members right from the orientation camps are always sensitised by the NYSC and INEC officials on their roles during elections, including the statutory sanctions if they violate the electoral laws.

“Consequently any corps member that engages himself in any form of electoral offence must squarely face the wrath of the law as stipulated in the electoral act.

“The NYSC would continue to play its role of promoting the unity and integration of the country, as it has been doing in its almost 50 years of existence.

“With the 2023 general election around the corner, the NYSC would not relent in consolidating the long-existing partnership with INEC towards ensuring a free, fair, and credible election to the delight of all Nigerians and the world at large.”

I did not ask Christians to buy guns, Pastor Adeboye clarifies position on self defense

Adeboye tells Christians to defend themselves against terrorists, bandits