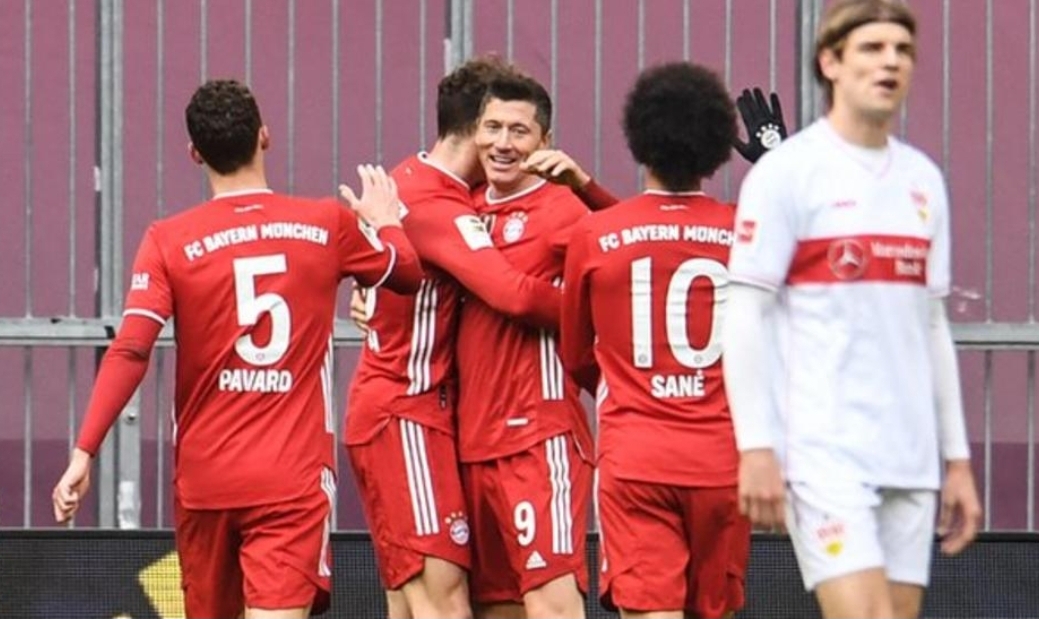 Lewandowski, who has now scored 40 or more goals in the past six seasons, bagged his hat-trick inside the first 39 minutes.

Bayern played over 80 minutes of the game without Alphonso Davies, who was sent off in the 12th minute before Lewandowski opened scoring.

Serge Gnabry was the other scorer for Bayern, who have now gone four points clear at the top of the table.

Elsewhere in the Bundesliga, Dortmund struggled but successfully picked a point from their game against Cologne which ended 2-2.

Trailing 2-1 late in the game, Dotmund miraculously held their hosts to a draw after Erling Braut Haaland netted a late leveller.

An Ondrej Duda penalty after Haaland’s opener and Ismail Jakobs’ 65th-minute strike gave the hosts a deserved lead, before Haaland tapped in Ansgar Knauff’s cross in the 90th minute.

20-year-old Haaland has now scored 33 goals in 31 appearances this season.