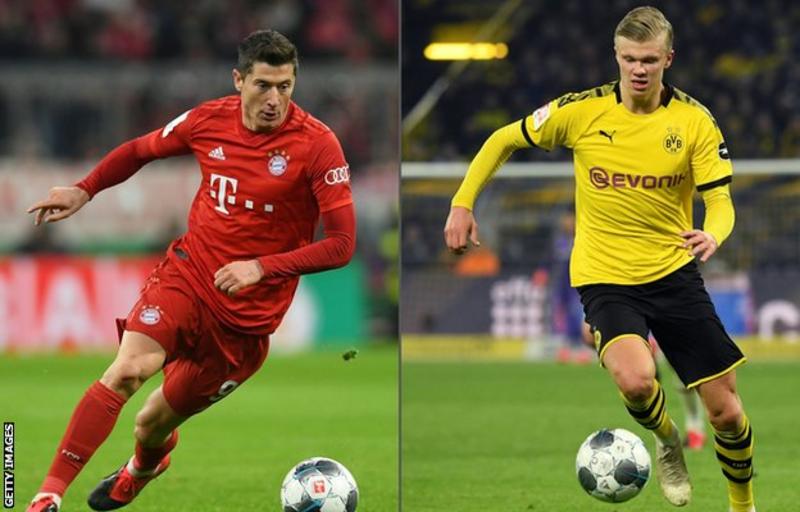 With one round of matches left in the Bundesliga, Dortmund have guaranteed a second place finish after defeating RB Leipzig 2-0 on Saturday.

Dortmund, who lost the title race to Bayern Munich despite giving it a good run, had already secured Champions League spot ahead of next season.

He becomes the record foreign goalscorer in Bundesliga history, surpassing the 31 goals scored by now Arsenal forward Pierre-Emerick Aubameyang for Dortmund in 2016-17 season.

In the last round of games next Saturday, Bayern travel to Wolfsburg while Dortmund host Hoffenheim.