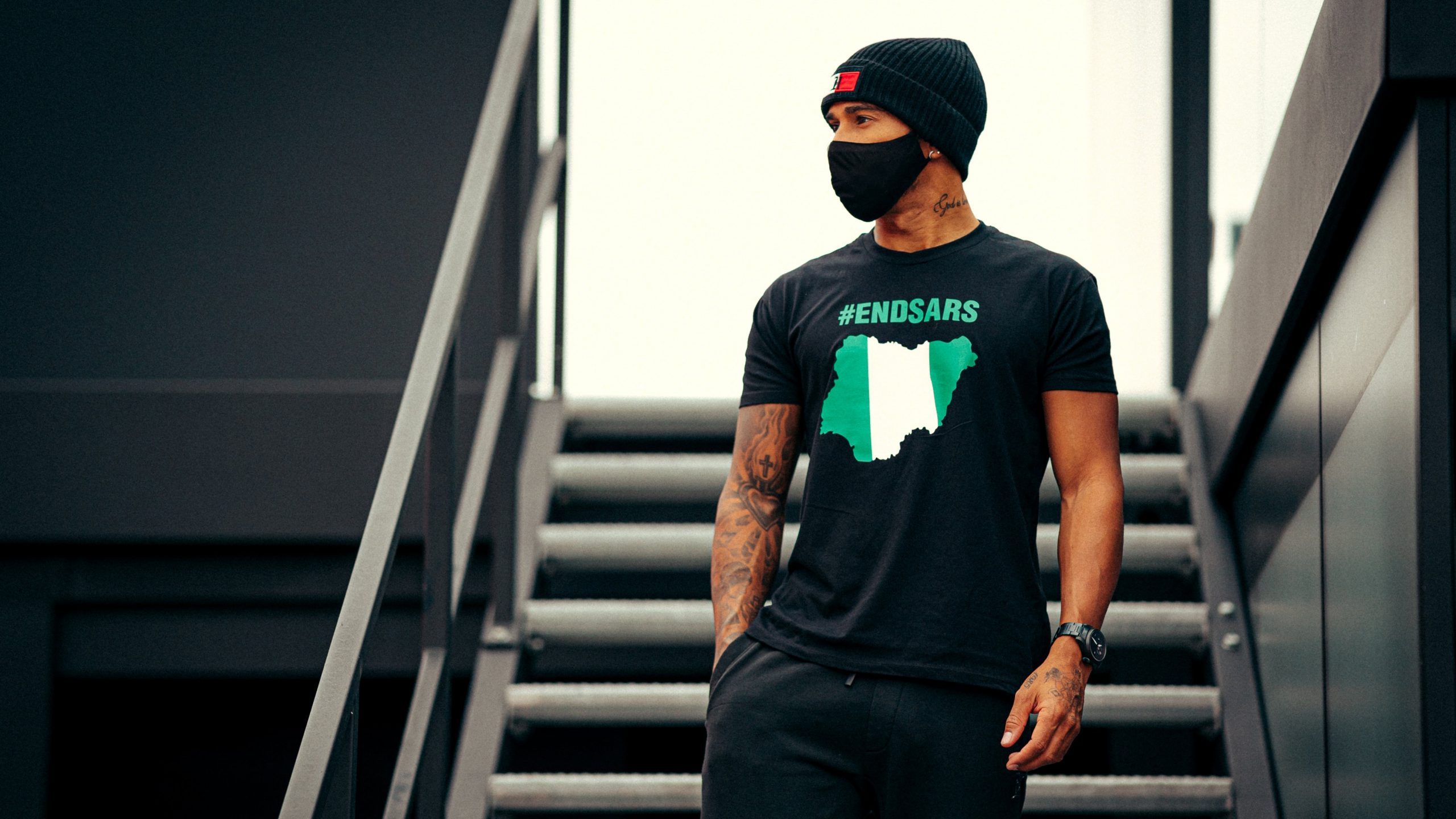 Formula 1 superstar, Lewis Hamilton has aired his support for the #EndSARS movement in Nigeria, asking the world to take action where it can.

Nigerian Youths from across the world had taken to the streets in the past two weeks in protests against Police brutality and calling for the scrapping of the notorious Special Anti-Robbery Squad (SARS).

The Nigerian government had since disbanded the unit, but protests across cities in the country continued, as protesters demanded for assurances from their leaders.

The agitation became bloody on Tuesday night when men in military uniform opened fire at a large group of protesters at the Lekki toll gate in Lagos, with at least 12 persons reportedly killed and many others injured.

Read Also: Nigerians have right to protest and not be killed for it, Moses backs #EndSARS

Hamilton took to Social Media on Sunday afternoon to draw attention to the ‘human rights crisis’ ongoing in Nigeria.

We all have a responsibility to educate ourselves and raise awareness of the tragedies happening in the world around us and take action where we can. The recent events in Nigeria are a human rights crisis.
Hit the link to find out more #EndSARS ?? https://t.co/AtCcDo6dFn pic.twitter.com/VDGK3Cp1c7

Hamilton, who is on the brink of making history, took his ninth pole position in 12 races this year at the ongoing Portuguese Grand Prix.

The British athlete could win a record 92nd race at the Portimao event.