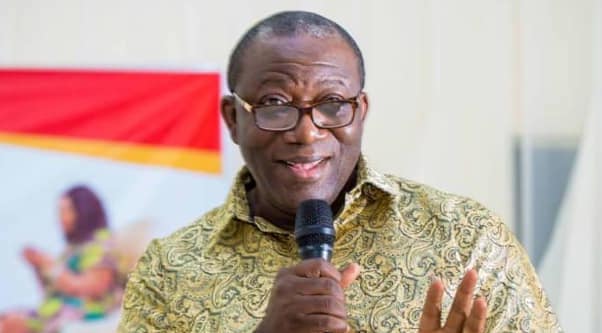 Ahead of the December 7 local government election in the state, Governor Kayode Fayemi of Ekiti State has asked the State Independent Electoral Commission (SIEC), to ensure the process is transparent, credible, free and fair.

He cautioned the body to avoid the temptation of rigging the election for the ruling party.

Speaking on Wednesday at the All Progressives Congress (APC) mega rally held in the state, Fayemi directed SIEC to do what is right and just in the election, by allowing the votes of the people to count.

The rally was organized to drum support for the 16 Chairmanship and 177 councillorship candidates presented by the party for the poll.

The governor represented by his Deputy, Bisi Egbeyemi, said: “Don’t worry, we have worked hard for these elections, everybody is going to win.

“We are not going to rig election. It is going to be free and fair and we shall be happy after the whole thing. The SIEC will be given free hands to do what is just and right”.

Presenting flags to the candidates, the APC chairman in Ekiti, Hon. Paul Omotoso, said the party had worked hard by taking the campaign to all the nook and cranny of the state to mobilise supports for the candidates.

Omotoso warned party members against betraying the APC in some wards and local government, saying perpetrators of such anti party activity would end up destroying themselves.

“We visited the markets and farmsteads to canvass for votes. We have done our home works and we are sure of victory in this election.

“We are going to win all the 16 Chairmanship and councillorship seats. We are still going to campaign till tomorrow, Thursday, don’t rest until the last minute.

“The APC is not known for violence. We are going to use this election to bury the People’s Democratic Party in this state. We will show through the votes that we are on ground.

“Don’t betray APC, don’t work for PDP, if you do, you are killing yourselves, so I urge all of you to forget whatever grievances you have, because I know there are crises in some areas . Work for your our candidates as loyal party men and women.

“Governor Fayemi has worked hard and delivered on his campaign promises. We are relying on this to win elections. It is not in our character to rig elections and this won’t be an exemption”, he said.