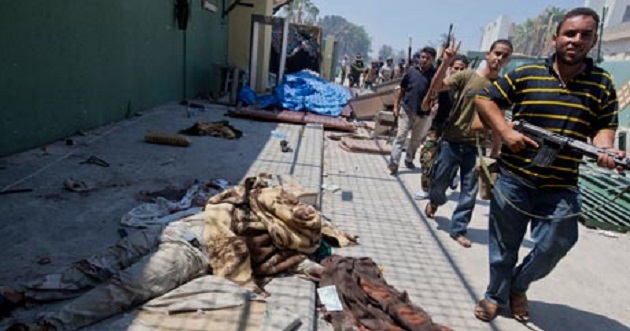 A total number of 400 inmates have escaped prison in the Libyan capital of Tripoli according to authorities.

According to a judiciary official, the inmates forced open the doors of the Ain Zara prison and guards were unable to stop them.

The prison is located in southern Tripoli, an area hit for one week by heavy fighting between rival groups.

Meanwhile, the United States, France, Italy and Britain on Saturday condemned what they called an escalation of violence in and around the Libyan capital Tripoli, warning that armed groups which undermined Libyan stability would be made accountable.

“These attempts to weaken the legitimate Libyan authorities and hinder the ongoing political process are not acceptable,” Washington, Paris, Rome and London said in a joint statement published by the French foreign ministry.

“We are calling on the armed groups to immediately stop all military action and warn those who seek to undermine stability, in Tripoli or elsewhere in Libya, that they will be made accountable for it,” the statement said.