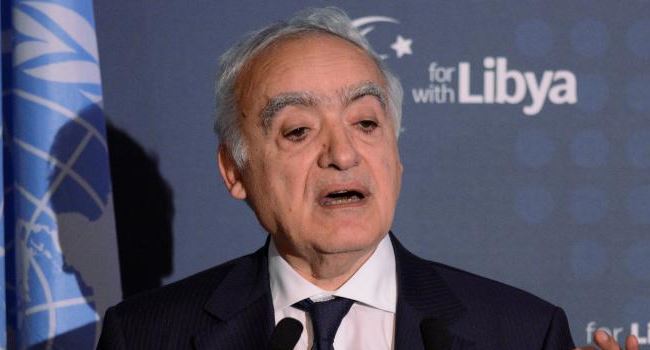 Ghassan Salame, a UN’s special envoy for Libya has resigned from his post after declaring that his effort to bring peace in the North African country was damaging his health.

The UN special envoy took to his official Twitter account on Monday to declare that “my health no longer allows this rate of stress”.

Mr Salame further tweeted that he had “sought for two and a half years to unite Libyans, prevent foreign intervention, and preserve the unity of the country”.

“My health no longer allows this rate of stress, and therefore I have asked the [UN] secretary general to relieve me of my duties,” he added.

Libya has been torn by conflict since the 2011 uprising which ousted long-time strongman Muammar Gaddafi.

The development comes about two months after moves made to return peace to Libya stalled as renegade military commander Khalifa Haftar left Moscow without signing an agreement that would have formalised a tentative ceasefire in the war-torn country.

During the peace meeting in January, Haftar asked to look over the agreement already signed by Fayez al-Sarraj, the head of the United Nations-recognised Government of National Accord (GNA).

However, Hafter, whose eastern-based forces launched an offensive to seize the GNA’s base of Tripoli in April, left Moscow without signing the deal drafted at the indirect talks, Russia’s foreign ministry was quoted as saying on Tuesday.