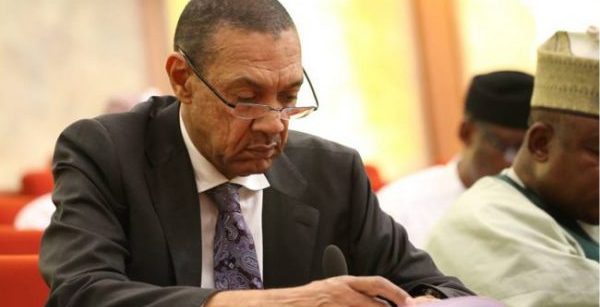 Senator Ben Murray-Bruce has said that the wife of President Muhammadu Buhari, Aisha, does not belong to “the other room” and urged her not to allow herself be cowed by the husband’s administration.

Senator Murray-Bruce, who represents Bayelsa East Senatorial District, was reacting to Aisha’s boldness in reposting some videos where he (Murray-Bruce), and another lawmaker representing Bauchi-Central at the Senate, Senator Isa Misau, separately condemned the Buhari administration on the floor of the Senate.

The two senators had in those videos alleged that President Buhari has lost control of government to the cabal. They had also accused him of inaction on the killings by herdsmen in Benue State and other parts of the country.

Read also: Northern govs went to Benue to dance, spit on the graves of the massacred, not for condolence —PDP

A one-time presidential candidate, and known supporter of President Buhari, Mr Dele Momodu had also earlier commended the wife of the president for reposting the videos, which criticize the present administration.
On his part, Senator Murray-Bruce, recalling how Buhari had while responding to Aisha’s earlier interview with the BBC said that she belongs to “the kitchen, the living room and the other room,” argued that Mrs Buhari does not belong to “the other room,” as once stated by the husband.

The senator wrote on his twitter handle, “Let me say that by the actions and utterances of @aishambuhari since she became Nigeria’s First Lady, it is my opinion that she does not belong in the ‘other room.’ She is a very intelligent woman that has the capacity to lead and lead well. Your Excellency, please never be cowed!”

Northern govs went to Benue to dance, spit on the graves of the massacred, not for condolence —PDP