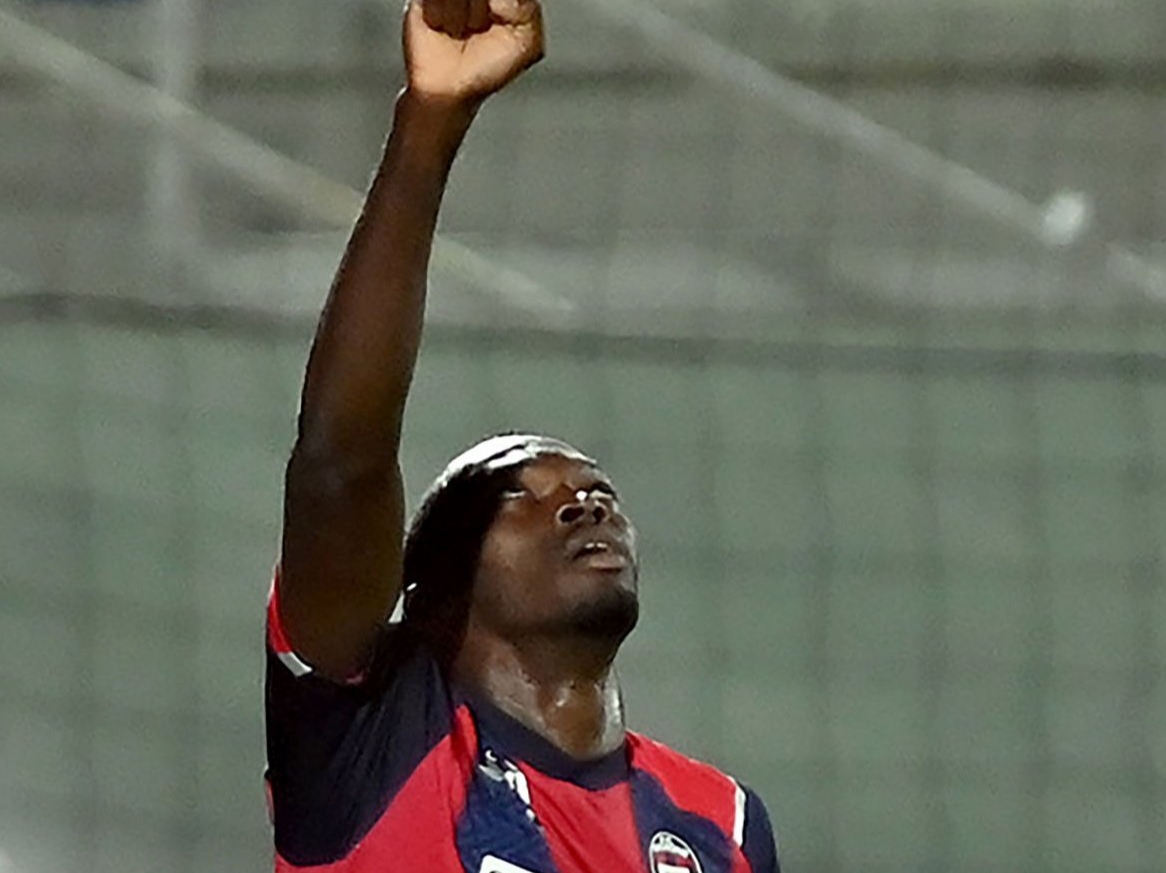 Nigeria forward, Simy Nwankwo lent his voice to the ongoing #EndSARS movement in Nigeria after he scored for Crotone against Juventus on Saturday.

The forward, who helped his team gain promotion to Serie A this season, scored from the spot in the 12th minute to put Crotone ahead of Juve.

In celebrating the goal, Nwankwo raised his fist up in support of the agitation to end police brutality in Nigeria, and also raised a shirt with an inscription of the hashtag.

Alvaro Morata scored in the 21st minute to draw level with their hosts.

Despite Juve reducing to 10 men on the hour mark after Cheisa was shown a red card, the champions held on to secure a point from the game.

Earlier on Saturday in the Serie A, his compatriot Victor Osimhen had celebrated his first goal for Napoli in similar manner.

Osimhen scored in the club’s 4-1 win over Atalanta and celebrated with a shirt having the #EndPoliceBrutality in Nigeria inscription.

Related Topics:CrotoneJuventussimy nwankwo
Up Next