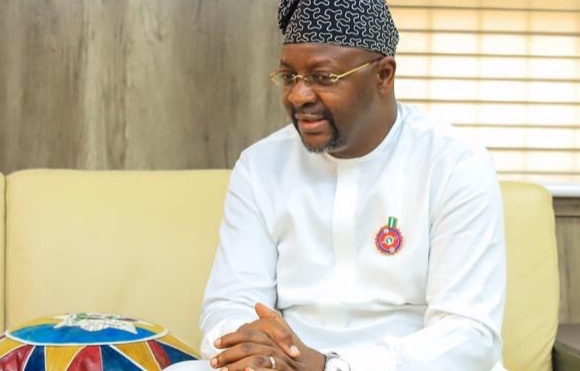 Minister of Youth and Sports, Sunday Dare has extended the hand of support to the mother of late Captain of the Flying Eagles, Ali Jeje Ibrahim.

Hajia Khadija Inuwa Ali became the latest beneficiary of the largesse being extended to mothers of Former National team players and athletes by the ministry.

Mothers of late Nigeria internationals, Rashidi Yekini and Samuel Okwaraji had early this month been visited by the Ministry with cash gifts and food items.

On Thursday in her residence in Jos, Plateau state, Hajia Ali was given cash, food items and provision as palliatives to cushion the effect of the coronavirus pandemic.

Dare said the gesture of assisting the aged mother was to appreciate the immense contributions of her son Ali Jeje to the development of Nigerian Football.

An elated Hajia Ali said she was surprised that the Ministry could remember her, years after the demise of her son.

“May God bless the Minister and the government for remembering me. That means my son did not labour in vain. God will reward the Minister for his kindness,” Hajia Ali said.

He played club Football for Mighty Jets of Jos and Abiola Babes of Abeokuta.