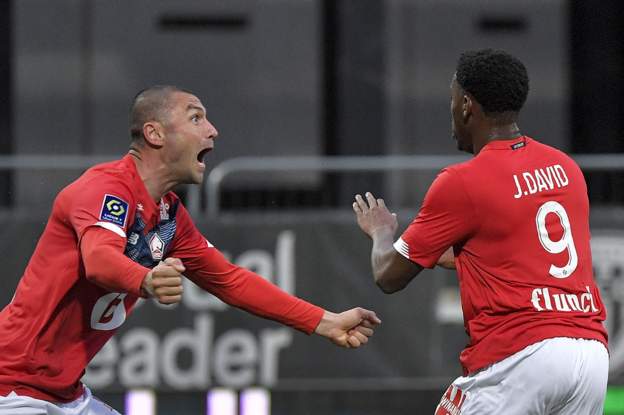 The French Ligue 1 title was decided on the final day of the season, with Lille beating rivals Paris Saint-Germain and Monaco to the title.

The three teams all stood the chance of clinching the championship as they were all separated by three points going into the final round.

But a win was all that leaders Lille needed to seal their first league triumph since 2011, and they achieved it with a 2-1 away victory over Angers.

Goals by Jonathan David and 35-year-old Burak Yilmaz (penalty) helped them secure their fourth Ligue 1 title in the history of the competition.

PSG, who were hoping for Lille to drop points to enable them continue their reign as champions of France, won 2-0 against Brest to finish in second place.

Third-placed Monacco were held to a goalless draw by Lens, while fourth-placed Lyon were beaten 3-2 at home by Nice.

Brest survived despite the defeat to PSG, as Nantes lost 2-1 to Montpellier to finish on 18th spot. Nimes and Dijon on 19th and 20th respectively are already relegated.