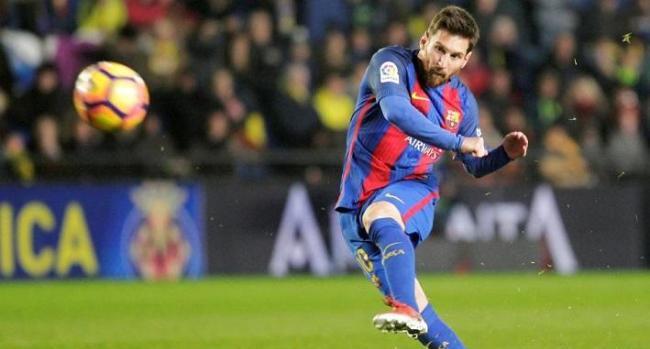 As Barcelona continued their march for the La Liga title, Lionel Messi continued his exceptional performance with a second-half double. Messi’s two goals saw Barcelona take the lead with a 2-0 win over the stubborn Espanyol.

At the Camp Nou stadium on Saturday, the city stars got a tough game from their visitors. However, Messi chipped a free-kick with 19 minutes to spare and a late second that saw the reigning champions stay 13 points clear of Atletico Madrid in second place. Atletico Thrashed Alaves 4-0, but it seems they’ll need to do more than that to dethrone Barcelona.

Messi has now scored eight goals in the last four matches for Barcelona, leading the way in the La Liga score chart. The legend player has 31 goals ahead of his teammate Luiz Suarez who currently has 18 goals. That puts Messi 13 goals ahead as he continues his remarkable run.

In an interview, Barcelona’s coach Ernesto Valverde said that he didn’t expect Messi to hit the free kick the way he did. The coach revealed that Messi took the initiative without asking for his opinion and it paid. According to him, nothing was planned.

Messi made a low-key return to international action after Argentina lost its friendly match to Venezuela. However, Valverde was happy to see that the sour performance didn’t affect the Argentinean forward. His performance was an excellent way for the Spanish player to mark his 675th game with Barcelona, moving him to second place in the club’s all-time chart ahead of Andres Iniesta.

Valverde said that Messi remains a brilliant player no matter the team he plays for. The coach also added that it’s a pleasure working with such talent and Barca is delighted to have him on their force. That comes at a time when betting enthusiasts continue to bet on lucky numbers with Betway for a chance to win daily and weekly prizes.

Barcelona failed to break down Espanyol early in the game, with Suarez, Ivan Rakitic and Messi wasting several chances in the first half. The team also lost a penalty appeal on the stroke of half-time after the VAR, and the referee waived it. As a result, punters who lucked with a draw on first half at Betway made a decent profit.

After the hour mark, Malcolm was denied a score by the opposing goalkeeper Diego Lopez. Minutes later, Messi dinked an excellent effort to score the first goal despite Victor Sanchez trying his best to clear the line.  Messi sealed the three points in the 89th minute after Malcolm cut the ball to him to sweep a trademark finish through the bottom corner.

Following the win, Barcelona visited Villareal on Tuesday in a highly competitive away game that ended in a 4-4 draw. Messi and Suarez rescued Barcelona from losing the match after conceding four goals and scoring two by the 89th minute (4-2). However, the two scored the last two goals for Barca in the 90thand 93rd minute respectively, ending the match in a thrilling draw.