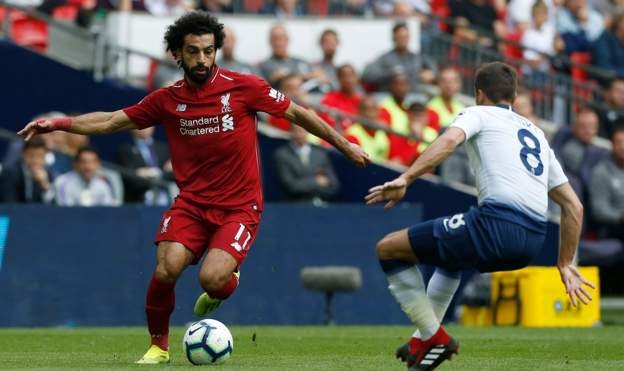 Liverpool are making their best start to the English Premier League season in 27 years as they secured a fifth victory from five games with a 2-1 win over Tottenham on Saturday.

The win keeps the Reds at the top of the PL table and also serves as a warm up ahead of their UEFA Champions League opener against French side, Paris Saint Germain next Tuesday.

The visitors doubled their lead in the 54th minute as Roberto Firmino hammered home from close range.

Erik Lamela scored late on to set up a tense finish, but they could not create another clear chance to equalise as the Reds held on to secure all three points.

While Liverpool will be hosting PSG, who also defeated Saint Etienne 4-0 in Ligue 1, on Tuesday in the Champions League, Spurs will be playing away against Inter Milan at the San Siro.