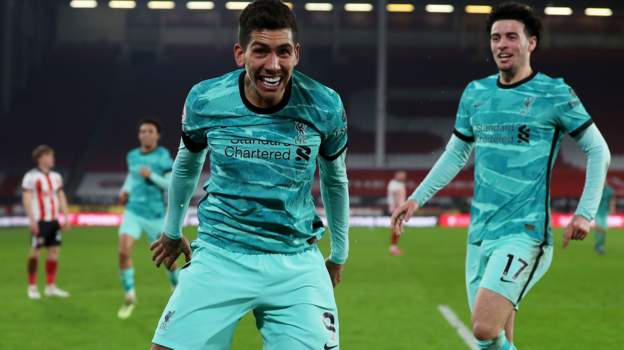 Liverpool bounced back from their derby defeat last week to secure a big win against bottom club Sheffield United in the Premier League.

The Reds, whose race to defend the title they won last season may have been over, secured a 2-0 victory over their hosts on Sunday.

After a goalless first half, Curtis Jones opened the scoring shortly after the interval, before Roberto Firmino’s shot deflected off Kean Bryan in the 64th minute.

The win ended a run of four losses in the league for Liverpool, and also moved them within two points of a Champions League place as they remain on sixth.

The Red Devils had the best chance to clinch the game in the first half, but a penalty appeal for handball against Callum Hudson-Odoi was dismissed by referee Stuart Attwell.

With the draw, United have lost further ground on Premier League leaders Manchester City, who are 12 points clear at the top.

Related Topics:ChelseaLiverpoolManchester UnitedPremier League
Up Next