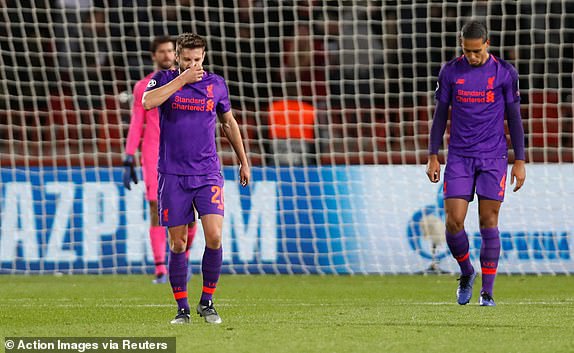 The hosts sealed a 2-0 victory over the Reds, thanks to two first half goals by Milan Pavkov

It was the first UEFA Champions League win for the Serbian champions this season after losing 4-0 in the reverse fixture at Anfield a fortnight ago.

It’s a second defeat for Liverpool, who had earlier been beaten by Napoli on matchday 2.

The English side will face Paris Saint Germain in their next game at the Parc des Prince on match day 5 while Red Star Belgrade tackle Napoli.

In another Champions League game played in France, Thierry Henry’s miserable start to coaching continued as his Monaco side lost 4-0 to Club Brugge in group A.

A brace from Hans Vanaken and other strikes from Wesley and Ruud Vormer handed the Belgian side their first win of the campaign.

Club Brugge are now third in the group A standings with four points from four games while AS Monaco having lost three of their four games are bottom with a point.