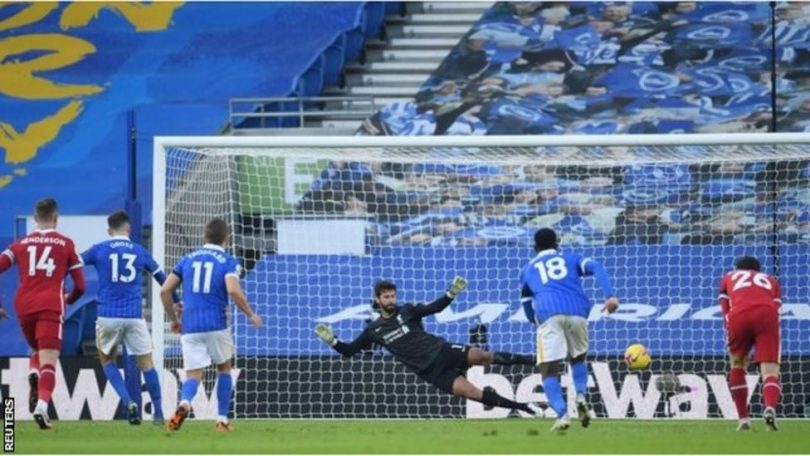 English Premier League champions, Liverpool were denied victory away at Brighton after a late controversial penalty forced them to draw.

The Reds thought they were taking away all three points as they cruise with a goal lead until injury time when Brighton were awarded a penalty.

It was Brighton’s second penalty of the game after Neal Maupay fired a first-half spot-kick wide.

The opener was finally netted by Diogo Jota on the hour mark with his ninth goal since joining the Jurgen Klopp side.

On 93rd minutes, Andy Robertson kicked Danny Welbeck’s boot – with referee Stuart Attwell awarding the penalty after viewing the screen – and Pascal Gross slamming the equaliser down the centre.

Boss Jurgen Klopp was furious with the officials as they walked off the pitch, disagreeing with the decision to award the penalty.

The defending champions, who lost James Milner to injury during the game, go one point above Tottenham, who visit Chelsea on Sunday.