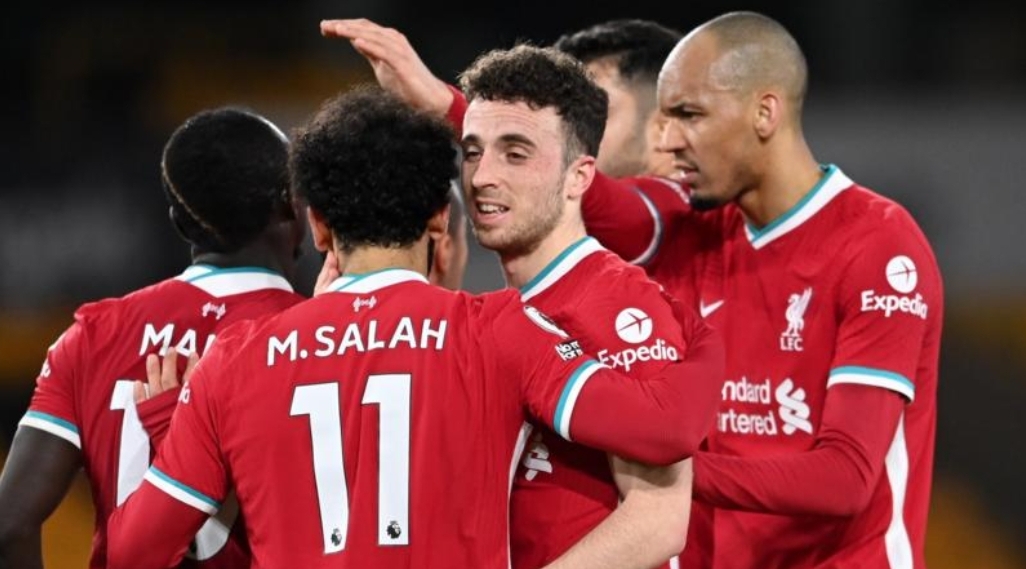 Diogo Jota scored the only goal of the game between Liverpool and Wolverhampton Wanderers in the Premier League on Monday night.

Jota’s winner, which came in the second minute of added time in the first half, helped the Reds secure a 1-0 victory over their hosts.

The victory sees the Jurgen Klopp side climb to sixth in the table, two points behind West Ham in fifth and five off Chelsea in fourth.

Liverpool could have had more goals but Mohamed Salah saw a late effort ruled out for offside.

While trying to prevent Salah from scoring, Wolves goalkeeper Patricio collided with his captain Conor Coady, and was injured.

The keeper was taken off the pitch on a stretcher. It appears to be a big injury blow for Wolves.