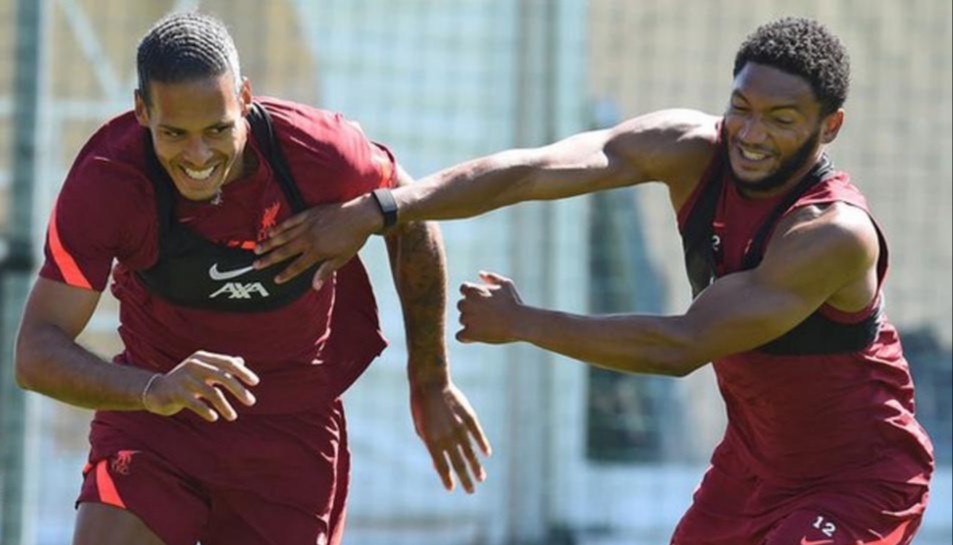 Premier League side, Liverpool have gotten a boost in their defence ahead of the coming season as defenders Virgil van Dijk and Joe Gomez have returned to action.

30-year-old Van Dijk has been out for nine months after surgery on anterior cruciate ligament (ACL) damage suffered against Everton in the Premier League last October.

Gomez, 24, has missed eight months after suffering a knee injury in training with the English national team in November.

Both players appeared as second half substitutes in Liverpool’s 4-3 pre-season friendly loss against Hertha Berlin in Austria Thursday night.

Van Dijk tweeted after the game: “285 days ago, I started on a journey back towards playing.

“It’s hard to express how I am feeling, but it’s important to me that I say I feel blessed to have had the support of so many incredible people.”

The Reds suffered a defensive crisis last season and finished third in the Premier League, conceding 42 goals from their 38 games, having won the title the previous campaign.

The Jurgen Klopp side have further friendlies to play against Bologna, Athletic Bilbao and Osasuna, before starting the season against Norwich on 14 August.