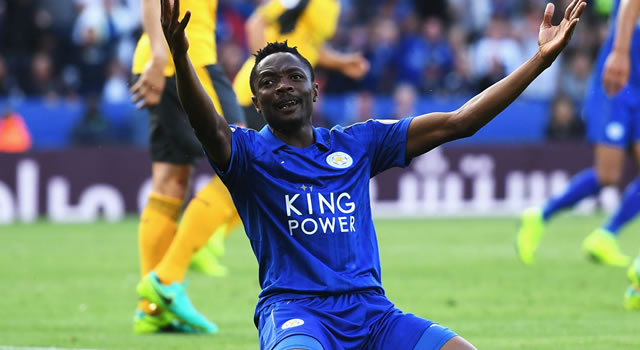 Super Eagles star Ahmed Musa has expressed his excitement over the opportunity to play regularly at CSKA Moscow, and is not considering a return to Leicester City where he “warms the bench.”

The forward rejoined the Russian Premier League side on loan in January following his lack of playing time at English club, Leicester.

Musa, speaking to Complete Sports, maintained that he is likely to stay on in Russia where he gets more action rather than return to the King Power stadium where he might not play.

The 25-year old seems to have settled well in Moscow, scoring goals once in a while and making assists.

Before joining Leicester, Musa played for CSKA between 2012-2016, during which he scored 54 goals in 168 games and helped the club win three league titles as well as a Russian Cup and two Russian Super Cups.