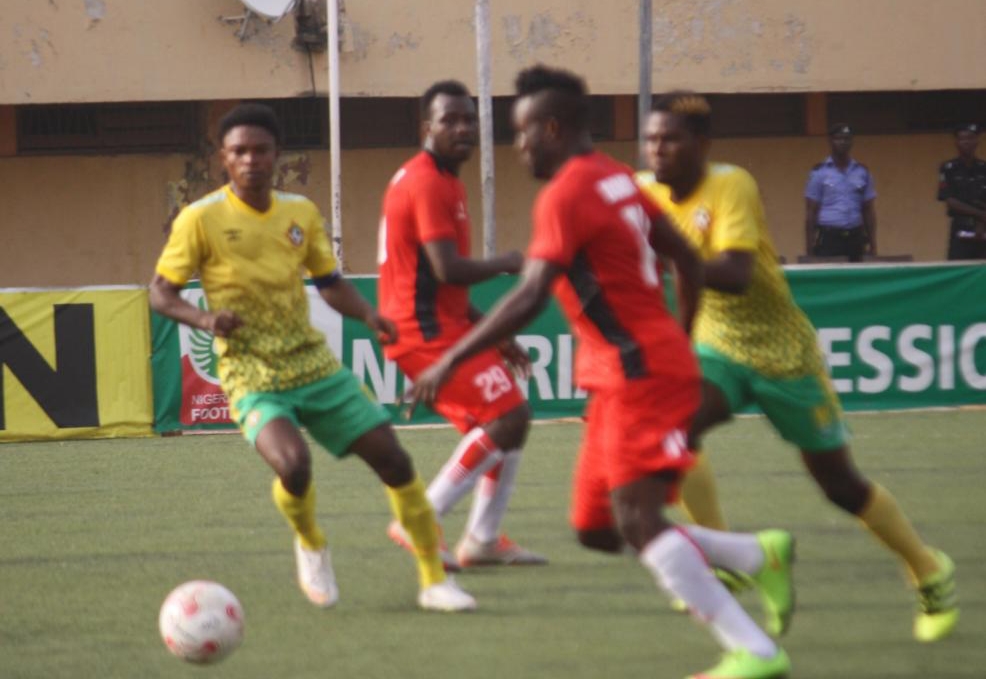 For the first time since the start of the 2019/20 season of the Nigeria Professional Football League (NPFL) is having a different team at the summit.

After Sunday’s matchday 14 fixtures, former champions Lobi Stars climbed to the top of the league with a victory, going above Plateau United, who slipped with a draw.

Lobi moved top with 27 points from 13 matches following a slim 1-0 win against MFM at the Aper Aku Stadium.

It was Chukwudi Nwaodu who scored the decisive goal in the ninth minute after he was set up by Nzube Anaezemba.

Plateau United dropped to second position after being held to a goalless draw by Akwa United at the New Jos Stadium.

Rivers United stayed in third position despite going down to a 2-1 away defeat to Dakkada in Uyo.

Sunshine Stars recorded the only away win of the day following a 2-1 win against Wikki Tourists at the Abubakar Tafawa Balewa Stadium, Bauchi.

At the Okigwe Township Stadium, Heartland recorded their first ever win against Abia Warriors.