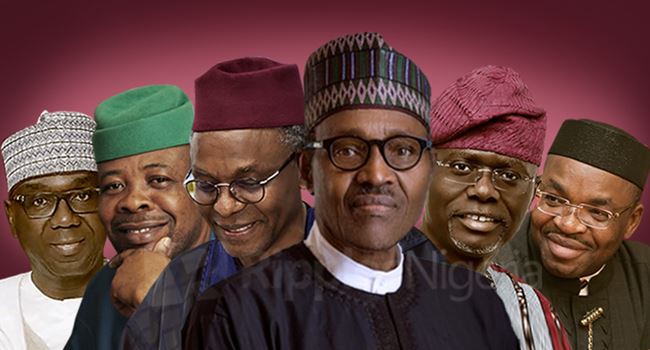 On May 6, the Muhammadu Buhari-led government served an unpalatable meal. It was dished to the State governors of Nigeria’s federating entities, thirty-six in all. The conveyor, Nigerian Financial Intelligence Unit (NFIU), had informed the governors that they would no longer, beginning June 1, be allowed to tamper with local government funds without due process.

It was a bitter pill to swallow. A reaction was expected, and it came nearly two weeks after, on May 19, with the governors all but questioning Buhari’s agenda as it concerns the administration of local governments.

The stage now appears set for a major face-off between the federal government, led by Buhari, and the 36 State governors who are spoiling for war over how Local Government funds should be allocated and disbursed.

Power to who, governors or the people?

Disappointment is usually written on the faces of most Nigerians when asked about local government administration in their states. Some of them have already forgotten that there is a third tier of government known as local government. This is due to the ineffectiveness of most local government councils in returning the so called dividends of democracy to the people at the grass roots.

According to the NFIU: “Henceforth, all errant individuals and companies will be allowed to face direct international and locally targeted sanctions, in order not to allow any negative consequences to fall on the entire country. To be precise, with effect from 1st June, any bank that allows any transaction from any local government account without monies first reaching a particular local government account will be sanctioned 100 per cent both locally and internationally.

“In addition, a provision is also made to the effect that there shall be no cash withdrawal from any local government for a cumulative amount exceeding N500, 000 per day. Any other transaction must be done through valid cheques or electronic funds transfer. Any state government that is willing to seek any expert economic advice in the unlikely event of these guidelines constituting an inconvenience to the management of the state can work with the NFIU or CBN.”

This directive was prompted by threats by the international financial watchdog to sanction Nigeria because of financial abuse – an abuse alleged to be perpetrated by state governors in a way to pillage the money allocated for local governments in their states. Some state governors have been nabbed in this act of financial corruption.

According to ongoing investigations, there has been a monumental abuse of the joint account operated by state and local governments. For instance, Ibrahim Dabo Bujawa, a witness in the ongoing trial of a former governor of Katsina State, Ibrahim Shehu Shema revealed how the ex-governor between 2013 and 2015 approved the expenditure of local government funds without following due process.

Bujawa said: “The committee I chaired for the investigation of the finances of local governments and State Universal Basic Education (SUBEB) observed series of malpractice bordering on non-submission of payment vouchers by the Ministry of Local Government and Chieftaincy Affairs, irregular payment of money on sheets of paper, improper and suspected fraudulent payments on the State Joint Local Government Account maintained under the Ministry for Local Government and Chieftaincy Affairs and non-documentation of financial transactions by local governments; all involving the loss of funds to the tune of over thirty four billion naira.

Available records suggest from that the statutory allocation of the revenue shared in 2018, the Federal Government got 52.68 per cent, the states got 26.72 per cent while local governments received 20.60 per cent. The 774 local governments in the country were reported to have received a total of N1.66tn gotten from the Federal Account Allocation Committee (FAAC). However, it is not clear how much was directly received by the LGAs.

While baring his mind on this very issue, former President Olusegun Obasanjo, in November 2018, noted that the local government system had been subjected to the whims and caprices of the state governments as against being the third-tier of government when local government reforms were introduced in 1976.

Though wide spread, there are claims that only the governor of Bayelsa State, Henry Dickson, has not been tempted to fiddle with monies meant for the local governments’ in his state.

Who blinks first, Buhari or governors?

When Buhari struck with the NFIU directive, it was expected that the governors would do everything within their powers to move against it. That has already happened.

The Nigeria Governors’ Forum (NGF), in a letter issued by their spokesman, Abdulrazaque Bello-Barinko, stated that NFIU has no business meddling on how state governments disburse funds in their respective local governments. The governors described the intervention as only a “brazen attempt by the NFIU to ridicule our collective integrity.” And they did provide constitutional provisions to strengthen their claim.

State governors have been quick to cite Section 162 (5), (6) and (8) of the 1999 constitution which would hinder the smooth implementation of the NFIU directives.

Section 162 (6) states: “Each State shall maintain a special account to be called ‘State Joint Local Government Account’ into which shall be paid all allocations to the local government councils of the State from the Federation Account and from the Government of the State.”

It is on the basis of the knowledge of these constitutional loopholes that the Deputy Senate President and Chairman of Senate Committee on Constitutional Review, Senator Ike Ekweramadu, urged the Senate to liaise with the NFIU to ensure that the guidelines do not contradict with any part of the constitution.

His appeal to the state assemblies to fast-track their work on pending constitutional amendments which would give legal backing to local government administrations suggests that there are still more grounds to cover. It may be safe, therefore, to opine that if any section of the constitution is flouted, governors would challenge the move in court.

Analysts hold that the best option would be to amend the various sections of the constitution to grant full autonomy to local governments. This will, however, as perceived in some quarters, be a tough hurdle to cross as state governors are already out to frustrate the NFIU directive.

It would be safe to conclude too that since they have kicked against the Buhari initiative, they will equally be a clog in the wheel of any constitutional amendments to the section that gives them the right to work against the NFIU intervention.

The fire this time

In the light of the impending conflicts attending the NFIU’s directive as they concern constitutional provisions, the issue of restructuring may take the centre stage shortly.

It is predicted that political acrimonies would define the next phase of the war against corruption. How this fits into the larger picture of power sharing between the federating units is yet a guess work. What is certain though is the sudden twist in Buhari’s body language that suggests he may be willing to allow a revisit of the often-hyped conversation around ‘restructuring’ of the country.

Recall that only recently, the President hinted that Nigeria needed true federalism. At an award ceremony organized by the All Progressives Governors Forum at the Presidential Villa, Abuja, Buhari said: “We remain committed to improving the point to say that true federalism is necessary at this juncture of our political and democratic evolution.”