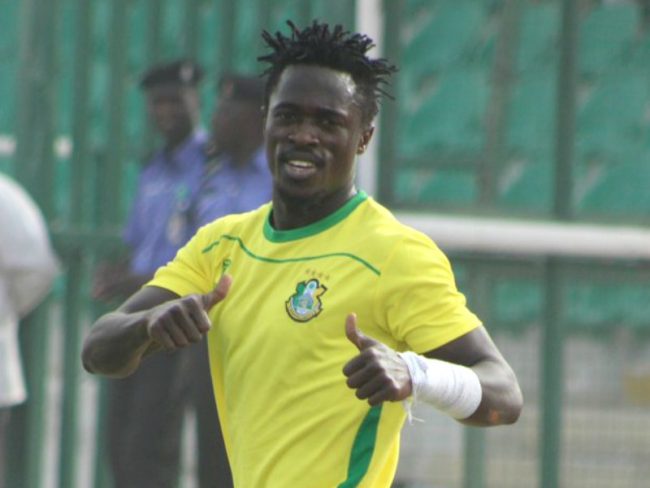 The Pillars striker increased his goal haul for the season to 18 when his side defeated Katsina United 3-1 at the Sani Abacha Stadium on Sunday.

Rohr included him alongside, Crotone striker, Simeon Nwankwo, in the provisional list released on Monday by the Nigeria Football Federation.

Nwankwo, commonly referred to as Simy, scored his seventh league goal of the season in the Italian Serie A during his side’s 2-2 draw at home to Lazio on Sunday.

Other forwards that made the list include: Moses Simon, Victor Moses, Alex Iwobi, Odion Ighalo, Ahmed Musa and Kelechi Iheanacho.

The Eagles will play against DR Congo in a pre-World Cup friendly in Port Harcourt later this month, before traveling to play England at Wembley and Czech Republic in Austria. They go to Russia afterwards for the World Cup finals. 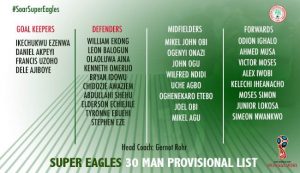