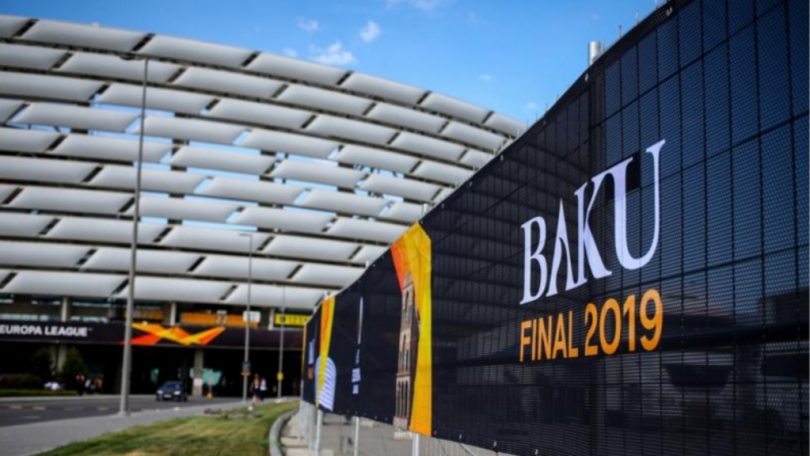 The Europa League final is upon us, and it is an all English affair as Chelsea will take on Arsenal in Baku on Wednesday night.

It promises to be a fierce battle between the Blues and the Gunners, who are both yet to win any trophy this season.

Chelsea boss, Maurizio Sarri has never won a major honour as a manager.

But his Arsenal counterpart Unai Emery has won this Europa League three times with Sevilla between 2014 and 2016.

However, Emery’s Arsenal have not been as successful as their foes at the continental level.

While Chelsea won the Europa League in 2013, a year after their triumph in the Champions League, Arsenal have not clinched a European title since they won the now obsolete European Cup Winners’ Cup in 1994.

Sarri’s side already secured Champions League football for next season after they finished third in the Premier League, but no so for Arsenal, who finished outside the top 4.

Read Also: NPFL Super 6 play-offs to kick off with Rangers vs Enyimba clash on June 4

“There are two targets here but the most important target for us is to win a title,” Emery said in the build-up.

“The second target is to help us to achieve the Champions League.

“It is about a big trophy – everybody wants to win this competition when they start out in it, and we want a repeat of 2013, with a win.”

Meanwhile, it is rumoured that the game will be the last for Chelsea boss, Sarri, who has been linked with a move to Serie A giants, Juventus.

“I have a contract with Chelsea for two years,” Sarri said, refusing to talk about the rumour.

“So, first of all I will speak with Chelsea but this is not the moment,” he added.

Chelsea will take on their city rivals on Wednesday night by 8:00p.m Nigeria time.