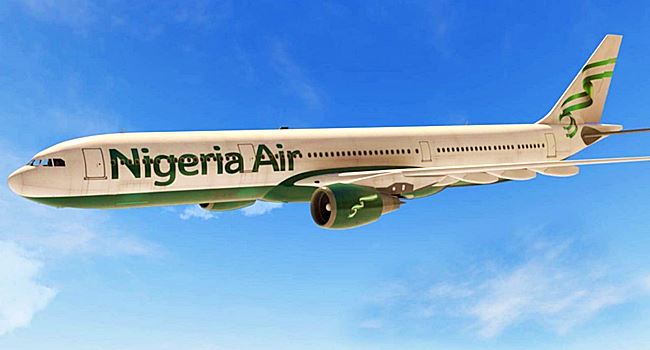 After defeating former President Goodluck Jonathan in the presidential polls in 2015, one of the first appointments President Muhammadu Buhari made was that of Capt. Hadi Sirika, a former pilot and an accomplished technocrat in the Aviation industry, as the Minister of State for the Ministry.

The appointment of Sirika was in fulfillment of Buhari’s promise to revamp the industry by setting up a new national carrier to replace the defunct Nigeria Airways that was liquidated by the Olusegun Obasanjo government in 2004 due to mismanagement and massive fraud.

With Sirika’s appointment to man a ministry he supposedly knew as the back of his palms, many Nigerians felt with his wealth of experience as the first aviator to be saddled with his familiar turf, Sirika would usher in a new dawn for the sector.

In 2016, the Federal Government had launched the Aviation Roadmap, a plan that was to create a turnaround for one of the most critical non-oil sectors of the economy.

Spearheading the campaign was Sirika who was then a Minister of State in the Aviation Ministry. A successful captain and technocrat, many had expected him to understand the sector and how to get along with stakeholders.

Sirika, who maintained that the government was out to put in place a national carrier that would stand the test of time, had reportedly said:

“We don’t want what happened to Nigeria Airways to repeat itself, where someone woke up from the left side of his bed and decided to liquidate the Airways and set up Air Nigeria, which didn’t last. We want to build an airline that can challenge Ethiopian Airlines.

“We don’t want to rush into establishing a national carrier, because if we fail, it would be disastrous and nobody will believe us again. So, we need to tread cautiously. We will fast-track, and be quick so that we can produce something that would stand the test of time.”

An aviator, and a promise

In one of his first interactions with the media, Sirika made the right impressions with a four point-agenda on what he would achieve which included setting up a “wholly Nigerian-owned national carrier to restore the nations pride in the aviation community.”

The second agenda was the concession of the airports for efficient services, and at no cost to the government. The third was the Maintenance Repair and Overhaul (MRO) of facilities in all the airports in the country and lastly, an aircraft leasing programme to alleviate the plight of operators.

The London show, and a bemused nation

So when, on July 18, 2018, the Federal Government, ably represented by Sirika and other top government functionaries, unveiled the name and logo of the proposed national carrier at the Farnborough International Public Airshow in London, ahead of a planned initial take-off on December 24 of that year, many Nigerians were quick were taken aback and promptly passed a vote of no confidence on the project.

While launching the Nigeria Air logo, Sirika had said:

“The new national carrier will bring Nigeria closer to the world. It is a business, not a social service. Government will not be involved in running it or deciding who runs it. The investors will have full responsibility for this.”

But there were sore thumbs in the whole process as the designer of the logo was another bone of contention. Despite Sirika’s insistence that the logo was designed by Nigerian youths, it was later discovered from fact checks that the design of the logo was contracted to a branding and advertising agency called From 6 Communications, based in the Kingdom of Bahrain, co-founded by Pennie Nixon and Steve Doleman.

“We engaged the youths of Nigeria because we do believe in the ‘Not Too Young to Run’ campaign. We engaged them in the campaign to name this airline. We engaged 400,000 Nigerian youths to arrive at the name of the airline. All of their ideas were taken and digested and we came up with what is an average,” he had said before the logo launch.

The contract sum was said to be a whopping $600,000 (N183 million), though Sirika later dismissed the amount and said it was not up to N10m, but the scandal had been firmly imprinted in the minds of Nigerians.

In a statement in Abuja after the London show, Sirika was quoted as saying:

“I am very pleased to tell you that we are finally on track to launching a new national flag carrier for our country, Nigeria Air, an airline that we can all be proud of. This will be a national carrier that will be private-sector led and driven.”

While basking in the euphoria of his great achievement, Sirika, in a video shortly after the launch, said Nigeria had been able to showcase a “world class and most recent airline branding project in the world.”

He added that the All Progressives Congress (APC) government had achieved, in three years, what the People Democratic Party (PDP), could not achieve in 16 years.

Sirika appeared to have gloated too soon, as the claims now look all but a smokescreen.
Three years down the line, the launch of the airline logo has seen it as another monumental failure, and a voyage to nowhere embarked upon by the regime.

Trouble in the house

With a rumoured budget of N3.168b earmarked as the seed capital, after an initial injection of N3.2b startup fund as government’s five per cent equity in the investment, and an estimated take-off fund in the next three years of operation put at N108 billion, a lot was expected from it.

Soon after the London logo launch, the airline, however, became a hard commodity to sell to quality foreign investors and technical partners. The last straw which saw to its suspension came during a meeting of the Federal Executive Council in September, 2018, where the proposed take off date of December 24, 2018, was knocked by members of FEC, while a 2019 launch date was mooted, forcing Minister of Transportation, Rotimi Amaechi, to announce the indefinite suspension of the national carrier.

During a chat with State House correspondents after the FEC meeting, Amaechi said members of the cabinet were divided on the issue of modality of the national carrier, hence its suspension.

When the news of the suspension of the airline project became public knowledge, Sirika came out firing from all cylinders, saying “no one in his right senses could suspend the project as it was still fully alive and on course.”

A statement issued by the Deputy Director, Public Affairs in the Ministry of Aviation, James Odaudu, on behalf of Sirika, said Amaechi was quoted out of context, as the FEC was “one cohesive body that cannot be divided over any issue.”

He further added that the Nigeria Air project had the full support of the Council, with Buhari allegedly “directing that the Viability Gap Funding for the project should be provided for in the 2019 Appropriation Bill, which the National Assembly has graciously done.”

Despite Sirika’s constant promise on delivering an “airline wholly owned by Nigeria that would make Nigerians proud of President Buhari,” it has become as clear as daylight that the project would still remain in the pipeline, maybe to be used as a campaign tool in 2023 by the APC.

Experts in the Aviation industry had continued to advise the government on the undesirability of the airline project as it would invariably cost Nigeria a princely N180b yearly to run and maintain it for at least 10 years, before it could even become a viable, profit-making venture.

Read also: LongRead: Bandits holding over 300 Nigerian kids since May. Here’s what we know

While reacting to the proposed airline, the Chairman of the Airlines Operators of Nigeria (AON), Capt. Nogie Meggison, had said setting up an airline requires huge capital investment and that “explains why national carriers are no longer fashionable around the world.”

Calling on the government to have a rethink, Meggison noted thus:

“Setting up of a national carrier will cost Nigeria at least N1.08tr ($3b). A single Boeing 777 as of today, costs about N115.2b ($320m). Is it wise and should it be our priority as a nation to take $3b from our coffers today and put into a venture that will for sure go down the drain within a maximum of five years it will take to establish a national carrier?
“Also, bear in mind that the national carrier will need an additional cash injection of N180bn ($500m) subsidy per year on average for the next 10 years to keep the airline afloat, while about 97 per cent of the 200 million Nigerian masses today are grappling for the basic necessities of life which are food, shelter, electricity, security, water, education and good roads.”

As the third year anniversary of the launch of Nigeria Air logo hit Nigerians on July 18, 2021, Hadi Sirika, once again promised that plans were still underway to ensure that the national carrier is delivered in 2023, before the end of the Buhari-led administration.

While addressing journalists after appearing before the Senate Committee on Aviation for the Ministry’s 2021 budget defence on July 19, the Minister assured that everything was being put in place for the takeoff of the airline.

“We are on it. The transaction adviser has brought in the outline business case. It is being reviewed by the Infrastructure Concession Regulatory Commission (ICRC).

“Soon after its completion, it will go to the Federal Executive Council for approved. We will not leave this government without having it in place. We are looking at 2023 for the takeoff of Nigeria Air,” he said.

“In this 2021, we will try to do all the needful and probably we intend to start operations somewhere around the first quarter 2023. The emergence of COVID-19 delayed the conclusion of plans as well as the takeoff of the project which the Federal Government is still fully committed to.

“It is still in top gear; we are coming back to Council, hopefully within the next two weeks, to present the memo on the national carrier. We went to Council to approve the outline business case for the carrier and then the Council raised some questions and asked us to go and file the memo again and bring it back.

“So, once it comes back and the outline business case is approved by Council, then, of course, we will now go to the full business case, which is now going to the market and then establishing the national carrier.

“It was our intention to have a national carrier running in 2021, which is this year. Unfortunately due to COVID, which took the greater part of last year, since March last year, activities are almost impossible.

“Of course, for obvious reasons, we now have access to equipment, that they will come faster to us, deliveries of the aircraft will be faster, perhaps even the rates might be cheaper and so on, and so forth,” he added.

His fresh optimism has had Nigerians wondering why the fixation on the national carrier by Sirika and the Buhari administration. There is currently a sense of deja vu with many singing the ‘here we go again’ anthem.

Is this not another pipe dream and will the gravitational forces that have seen the project still in the embryo not going to play themselves out again, they ask?

Cynics are once again left with no option but to pray that the Nigeria Air project does not end up in the Hall-of-Shame archives.