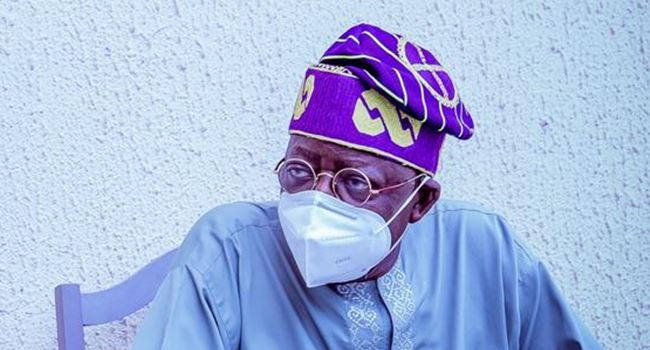 The godfather of Lagos politics, Asiwaju Bola Ahmed Tinubu, has always preached that his followers should not expect power to be served to them a la carte. But his selection method has often faced condemnation for the singlehanded way it spoon-feeds anointed candidates with party tickets, to the frustration of sometimes more popular and longstanding aspirants. And in Tinubu’s latest selection of All Progressives Congress (APC) candidates for the expected by-elections for two legislative seats left vacant by the demise of a Senator and a Member of the Lagos State House of Assembly, history repeated itself again. But aggrieved members have said they want to show him that “enough is enough.”

Although the #EndSARS protests had forced a 35-day shift from the original date of October 31 to December 5, the Lagos byes will from all indications boil down to a two-horse race. The Independent National Electoral Commission (INEC) has 13 parties filing their intention to contest the vacant seats, but facts on ground show that the contest will see the bereaved party APC square up against its major opposition, the People’s Democratic Party (PDP).

RUMBLINGS IN THE APC HOUSE

However, rumblings linger within APC from the process that produced these two candidates. Members begrudge the fact that the flag-bearers’ emergence trampled upon the internal democracy process of the party –as usual! This is vintage Tinubu. Not only did Jagaban unilaterally midwife Babajide Sanwo-Olu’s candidacy in the 2019 general elections, Tinubu reportedly singlehandedly sidestepped the primaries to choose 40 finalists from the 201 aspirants who purchased forms for the State House of Assembly, and got the party to refund the rest their deposits. The same method produced the two APC candidates in this by-election. Both Obafemi Saheed, who emerged APC Candidate for Kosofe II, and Tokunbo Abiru, the party’s Senatorial Candidate, were returned unopposed, as ordered “from above.”

Even then, Abiru’s candidacy remains contentious to party aficionados. Virtually lacking in core political credentials, Abiru until recently served as the Managing Director of Polaris Bank, although he had been Commissioner for Finance under former Governor Babatunde Fashola. But his brazen anointing and imposition by the power-that-be has left feathers ruffled within the party, so much so that a sizable number of APC members in his Lagos East Senatorial Zone have sworn to vote anti-party and either boycott the election or cast their lots with an outsider.

Asiwaju had mandated the Governor’s Advisory Council (GAC), the highest decision-making body of Lagos APC, to headhunt a befitting replacement for the deceased “Pepper.” However, the GAC soon discovered it had embarked on a wild goose chase. The council had shortlisted for the vacancy the former Speaker of the House of Assembly, the Right Honourable Adeyemi Ikuforiji, former Permanent Secretary Radio Lagos, Mr. Lekan Ogunbanwo, Chairman of the House Committee on Finance, Honourable Rotimi Olowo, and former Member of the House of Representatives, Honourable Dayo (Bush) Alebioshu. The eminent GAC members tabled these four names. But Tinubu sent them back to the drawing board to beef up the list. Subsequently, they submitted an expanded list of seven candidates, embellished this time around with the inclusion of three newcomers: The Banker Abiru, former Lagos PDP stalwart Chief Bode Oyedele and former House of Reps Member Honourable Wole Diya. Tinubu unilaterally settled for Abiru. Trust and loyalty to himself always dictated such selections. But additionally, Asiwaju appeared enamoured with Abiru’s formidable credentials as a financial guru with an equally intimidating pedigree. Tokunbo’s father, Senator Mudashiru Akanbi Abiru, served two terms in the Second Republic on the platform of the defunct Unity Party of Nigeria (UPN), following which he became a Judge after the 1983 military coup. Also, Tokunbo’s tenure as Managing Director on the driving seat of Skye Bank PLC (that transmuted to Polaris Bank) saw the bank recovering over N200 billion erstwhile bad loans, just as his tenure as Finance Commissioner helped the state’s N80 billion bond transaction. Despite all this, his overnight and meteoric displacement of other aspirants has been described as curious. It is being bandied around that the APC National Leader unilaterally imposed Abiru on the party because he might be the godfather’s ace for the 2023 governorship.

Apart from the selection process triggering off deep grumblings among party leaders, what other factor may be working against the young man? Party leaders view him as a technocrat lacking grassroots depth; and they had no political relationship with him; and for him, more experienced loyalists had been sidelined and sacrificed without any pretence to any democratic ethos. Tinubu’s recent faux pas and misadventure in the Edo election (where his intervention met with irritating tones of “Edo no be Lagos”) as well as his tangible and intangible losses in the #EndSARS protests have combined to query his infallibility and may have emboldened intra-party antagonists.

Meanwhile, major beneficiaries of the trouble currently rocking APC would be the PDP godfather, Chief Bode George, and his party’s candidates –Mr. Ademola Alebioshu for the state assembly seat and Chief Babatunde Olalere Gbadamosi (BOG) for the Senate seat.

A scion of the famous Gbadamosi family in Ikorodu, Gbadamosi is no political neophyte. He is a businessman and estate magnate. Despite flying the flag of another party, the Action Democratic Party (ADP) as Governorship Candidate, Gbadamosi benefitted in 2019 from the PDP godfather, Chief Bode George’s falling out with an erstwhile protégé, Jimi Agbaje, the party’s Governorship Candidate for the last two elections. Just a couple of days to the last election, George directed followers to abandon the PDP flag-bearer and instead vote Gbadamosi, the rival ADP candidate. Agbaje lost. Gbadamosi lost too. With that 2019 collaboration, it took no hard marketing to convince Gbadamosi to cross-carpet and become a full-blooded member of PDP. In fact, the young man is supposedly being lured into the Senate to keep him occupied while George shops for a governorship candidate with a huge war-chest for PDP in 2023.

But like APC, PDP comes into the by-elections with a divided house. Camaraderie has broken down between George and other PDP forces. Agbaje today does not see eye to eye with George. George wants to upstage and see the back of the party’s Lagos State Chairman, Engineer Deji Doherty, his erstwhile godson during the 2019 governorship primaries that Agbaje won. These internal fault-lines have been further accentuated with George’s recent spat with the former Ekiti State Governor, Mr. Ayodele Fayose, and Fayose’s face-off with Oyo’s Governor Seyi Makinde, clashes that have split the Lagos PDP Executive between Doherty and George. Some who see Gbadamosi as a protégé of George will want to have the former PDP National Vice Chairman cut to size and humiliated by his candidate’s loss at the polls.

Unresolved, PDP’s internal hiccups will only make George and his party play into the hands of Tinubu –again! Since the advent of this Republic, Tinubu has dominated the Lagos political scene and beaten George. Jagaban won the governorship on the Alliance for Democracy (AD) ticket in 1999 and after serving his maximum two terms became the dominant factor in Lagos politics. In their previous encounters, Tinubu had caged the Lagos PDP godfather, whose party has lost all the governorship contests and recorded minimal success in elections into the Lagos State House of Assembly and National Assembly. In fact, PDP has never won a senatorial seat for the past 21 years, only managing to clinch some House of Representatives seats. Conversely, Tinubu’s Progressives family has monopolised the Lagos East senatorial seat currently under contention, beginning with Seye Ogunlewe (1999-2003), Olorunnimbe Mamora (2003-2011), Gbenga Ashafa (2011-2019) and Osinowo (2019-2020). Today PDP has only three of the 24 House of Reps seats from the 2019 polls, while APC made a clean sweep of the entire 40 seats in the state Legislature.

However, it will be foolhardy to discount the impact of the recent #EndSARS protests that placed Tinubu and his party at the butt of attacks by rampaging protesters. In fact, PDP will be hoping that voters transfer their anger over the Lekki Tollgate killings to reject APC at the polls in December.

Head or tail, the December polls will either rubberstamp Bola Tinubu’s penchant for pseudo-democratic impunity or satisfy Bode George’s long-nursed hunger to bloody the nose of his political nemesis? Whichever way the coin spins, one godfather wins.

Related Topics:godfather of Lagos
Up Next