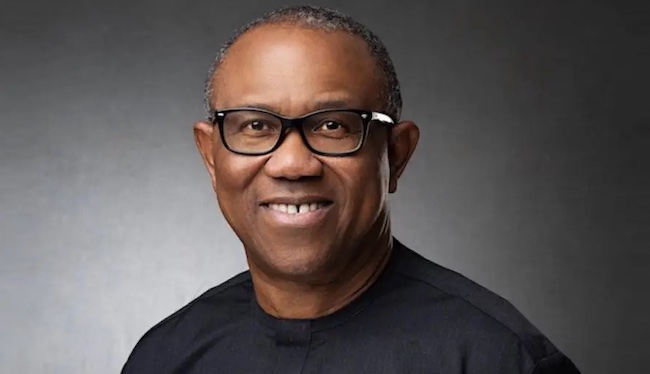 Labour Party Campaign Council has echoed the proposal of its presidential candidate to dialogue with secessionist agitators if elected Nigeria’s president in February.

Peter Obi while responding to questions at Chatham House, United Kingdom, on Monday, had reaffirmed his opposition to the activities of the Indigenous People of Biafra (IPOB) the Iila Omo Oduduwa and other self-determination groups in Nigeria.

The former Anambra State Governor identified poverty as well as injustice as factors responsible for the trend and promised to dialogue with agitatiors for lasting solutions.

He said: “On the issue of IPOB, maybe you didn’t follow me. Yesterday I spoke about Biafra being ended 63 years ago. It’s all over the place. I condemned all agitations. But in condemning them, you have to look at what brought these agitations all over the place. Not only IPOB, but we also have the Yoruba Nation and all sorts.”

Mrs Kazaure blamed the volatile secessionist agitations on lack of justice and fairness in the country.

She added that the former Anambra State governor would deploy every constitutional means at his disposal to end agitations in the interest of Nigeria’s development.

She said: “We need to have these difficult conversations to ensure the country is well-positioned and the problem is due to a pack of political will.

“Inclusion is at the fore of many of the things Peter Obi and Datti Baba-Ahmed propose and this is because a lot of people feel disenfranchised— we have lacked transparency in government.

“The agitators are our people and it is not unconstitutional to be agitated about a thing; as long you are not a criminal, Peter Obi will dialogue with you. We are not in a dictatorship and we need to shift our mindset. Yes, he says he will dialogue with IPOB and other groups.

“It is not lost on LP that IPOB has been declared a terrorist organization by the courts and FG but are they not Nigerians? Nonetheless, Peter Obi will act within the ambit of the law.”

Senate to adjourn plenary for elections