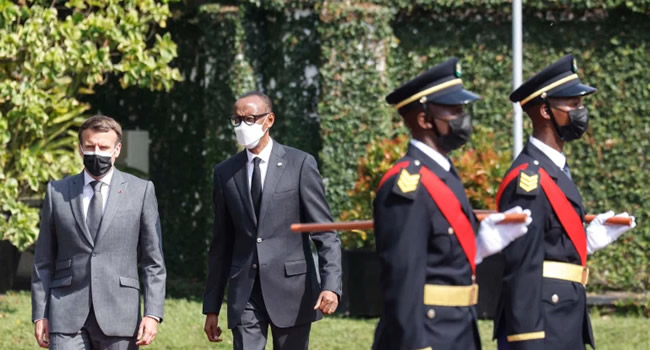 French President Emmanuel Macron has publicly acknowledged France’s “overwhelming responsibility” in the 1994 genocide in Rwanda, saying only the survivors could give “the gift of forgiveness.”

Following a visit to the Gisozi memorial in Rwanda’s capital Kigali, on Thursday, Macron said, “France did not understand that, while trying to prevent a regional conflict or a civil war, it was in fact standing by the side of a genocidal regime.

“By doing so, it endorsed an overwhelming responsibility.

“On this path, only those who went through the night can, maybe, forgive us, give us the gift of forgiveness.”

This happens to be the strongest public admission of responsibility from a French leader to date.

However, while the French president said his country was “not complicit” in the genocide as the killers were not French, he vowed that “no suspected genocide perpetrator will be able to avoid justice” because “recognising our past is also – and above all else – continuing the work of justice.”

Meanwhile, activists have been calling for the prosecution of perpetrators, some of whom have been living in France for years.

Macron’s visit to Kigali is meant to mark a final step in the normalisation of relations between France and Rwanda, long outweighed by France’s involvement in the genocide.

In 1994, around 800,000 mainly ethnic Tutsis were killed by Hutu militias supported by the Rwandan government.

France was accused of failing to prevent the genocide and of supporting the Hutu regime, even after the massacres had started.

Related Topics:ForgivenessFranceKigaliMacronRwanda genocide
Up Next

Malian President resigns after country’s second coup under one year