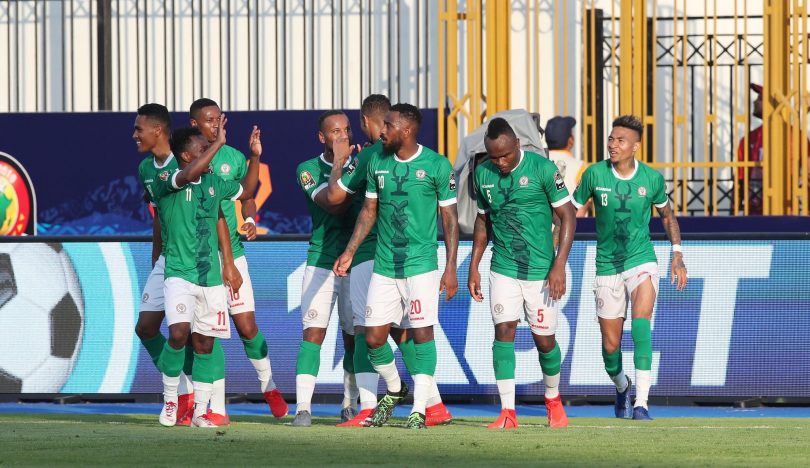 Nigeria’s Super Eagles fell to a shock 2-0 defeat to Madagascar in their final group game of the Africa Cup of Nations (AFCON).

Guinea also defeated Burundi 2-0 in the other group game played simultaneously on Sunday.

Madagascar, who are participating in the Nations Cup for the very first time in their history, produced the shock of the tournament so far as they beat three-time winners Nigeria.

The Eagles were considered favourites of the group, but they fell behind in the 13th minute when Lalaina Nomenjanahary pounced on a defensive error to claim an early opener.

Carolus Andriamatsinoro added a second for the Island country when he deflected free-kick to ensure Madagascar went into the last 16 as winners of Group B with 7 points.

Although coach Gernot Rohr made five changes to the Nigeria side that beat Guinea 1-0, the team still featured top players like John Obi Mikel, John Ogu, Leon Balogun and the likes.

Madagascar are ranked 108th in the world – 63 places below Nigeria, who go through as runners-up having won against Burundi and Guinea.

The Barea continue to make history and this will go down as their greatest victory of all time.